SOELDEN, Austria – The U.S. Ski Team is mourning the loss of two promising development level ski racers killed Monday morning in an avalanche in Soelden. The two were among a group of six athletes freeskiing at the Austrian resort. The other four skied out of the slide and were not injured.

Killed in the avalanche were Ronnie Berlack, 20, of Franconia, N.H., and Burke Mountain, Vt., and Bryce Astle, 19, of Sandy, Utah.

“Ronnie and Bryce were both outstanding ski racers who were passionate about their sport – both on the race course and skiing the mountain,” said U.S. Ski and Snowboard Association President and CEO Tiger Shaw. “Our hearts go out to the Berlack and Astle families, as well as to their extended sport family. Both of them loved what they did and conveyed that to those around them.”

Berlack grew up racing in New Hampshire and had been a student-athlete at Vermont’s Burke Mountain Academy. He was named to the U.S. Ski Team’s Development Team following two top-20 results at the 2013 U.S. Alpine Championships and a spring tryout camp.

“Ronnie has been a vital part of BMA since he was a young boy, from his father Steve’s long involvement at Burke, skiing with us from when he was a J4, attending BMA through his post-graduate year, and remaining part of BMA until this tragic accident. Only last week Ronnie was here at BMA training with us,” Burke Headmaster Kirk Dwyer said. “He had a huge spirit.  There is no one who better represents our core values than Ronnie.”

Astle raced at Snowbird and was invited to train with the development team this season. He had posted strong early season results, including two top-10 NorAm Cup finishes last month in Canada.

“Bryce was exactly what you hoped for in an athlete and a person. He was the most positive person I have ever known. I loved him like a brother, and will celebrate his life every time I am on the mountain,” said Tecnica Blizzard Team Manager Joe Dunn.

Information on services is pending. 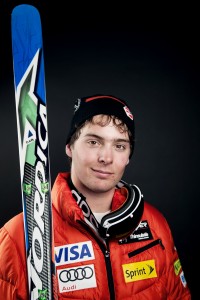 New Hampshire native Ronnie Berlack, 20, earned a spot on the U.S. Ski Team’s Development Team following a spring 2013 tryout camp at Mammoth Mountain. He was a graduate of Vermont’s Burke Mountain Academy. He had finished 11th in downhill and 17th in super G at the 2013 U.S. Alpine Championships in Squaw Valley, Calif.. He was off to a strong season last year before suffering a knee injury in January. He had come back this summer competing in South American Cup races in Chile and in NorAm and FIS races last month in Canada. He also foreran the Beaver Creek men’s World Cup speed races. 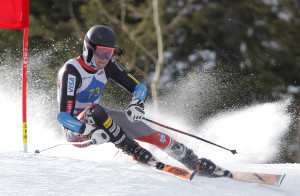 Utah’s Bryce Astle, 19, grew up racing with the Snowbird Ski Team. He was 13th in giant slalom at the U.S. Alpine Championships in Squaw Valley last March, finishing as the top junior. He had been invited to train with the development team this season. He posted strong results in South American Cup races in Chile this summer, and was coming off a pair of top-10 slalom and giant slalom NorAm Cup finishes in Canada last month where he was on the junior podium in all but two events.