It was a blistering second run down Kranjska Gora’s Podkoren piste for Swiss Marco Odermatt, a timely performance that propelled him to his second-career giant slalom victory.

Odermatt, fourth after the first run, surged past rival Alexis Pinturault, and with the come-from-behind win and staggering 1.06-second margin of victory on March 13, he slashed the Frenchman’s overall World Cup lead to just 31 points with five races remaining.

Albeit with two of the five races remaining coming in slalom, Odermatt was suddenly in contention for an unexpected overall title.

“I didn’t think too much about that because somehow I just wanted to ski race-by-race, and maybe I didn’t let the media see the emotions inside me, but my chance was there,” Odermatt tells Ski Racing Media on a call from Diavolezza, Switzerland.

“I told my service guy after the final week in Lenzerheide that looking back my chances to win the big globe were really big, especially after Alex struggled in the slalom in Kranjska Gora,” Odermatt said, referring to the season-ending World Cup races and Pinturault’s uncharacteristic DNF one day after his GS victory.

“The chances were minimum 50-50,” said Odermatt, while taking a short break from training on his 24th birthday.

Weather-related cancellations of the Lenzerheide downhill and super-G would ultimately crush any hopes that Odermatt may have had of surpassing Pinturault, but the late-season surge and runner-up finish was further evidence that the young Swiss is a serious all-around contender.

Odermatt notched two GS and two super-G victories last season, while finishing third in the GS, second in the super-G, and 13th in the downhill standings.

“The biggest step was just knowing that I can compete with the best guys in my three disciplines – just to know this is important for me, gives more confidence, and I also learned a lot about (dealing with) pressure.”

Odermatt, a former world junior downhill champion and fourth-place finisher at last season’s world championship downhill in Cortina, realizes that elevating his downhill game could be paramount to sustaining an overall title charge this season.

“Downhill is always special – so many things have to come together to be fast from the skis to having a good run,” Odermatt says. “For sure, it’s a big goal to make another step in this discipline and fight for podiums.

“The plan is to ski all three disciplines, all races more or less – if  you want to have a chance for the big globe, you have to have a third discipline to score big points.”

There are 11 downhill races scheduled on the upcoming World Cup calendar, as compared to seven super-G, eight GS, and 10 slalom.

Odermatt, who resides in the small Swiss municipality of Buochs on the south side of Lake Lucerne in central Switzerland, informs that he only had two downhill training days at recent camps in Saas-Fee. He greatly anticipates productive downhill sessions on North American snow leading-up to the Lake Louise season-opening speed races, Nov. 26-28.

“Downhill just takes more time to develop and I’ll still stay focused on GS because it helps me a lot also in downhill and super-G,” Odermatt said.

“We are on a very high level with our training, we help each other and everybody can learn something from each other,” Odermatt says of the Swiss team.

Naturally, Odermatt is excited to compete at his first Olympic Games in Beijing, in February. He says he does not envision having to choose a focus between pursuing World Cup titles and Olympic medals.

“The most important thing is to be in good shape already at the beginning of the season and to earn some good results and confidence,” Odermatt says.

“Soon as you are in a flow of the season and having some good results, it’s easier to fight for the big globe as well as Olympic medals.”

As a 20-year-old at the 2018 Junior World Championships in Davos, Odermatt demonstrated his tremendous potential, racing to five gold medals in five events: downhill, super-G, Alpine combined, giant slalom and the team event.

In Beijing, Odermatt aims to qualify for three events while expecting tough internal competition from his Swiss teammates.

“Five disciplines are maybe too much and first of all I have to qualify, and especially in downhill with the other fast Swiss guys, it’s not so easy for me,” Odermatt concedes. “The goal is racing in my three main disciplines – GS, super-G and downhill, and then maybe combined or the team event.”

As the pistes, terrain and Yanqing venue remain a great unknown considering World Cup racers have yet to compete on Chinese snow, Odermatt is prepared for the unexpected.

“The negative point — like compared to world championships in Cortina last year, there (were) some troubles … because there haven’t been World Cup races on that hill and for the organization. It’s not that easy if you haven’t been there for slope preparation,” Odermatt says.

“This will be difficult – I think you’ll have to be very relaxed and not focus too much on small things because there can be many changes like last year in Cortina. We’ll just have to be flexible and let’s see what happens.”

Odermatt says it is critical for him to get off to a fast start this season, the opening GS race in Soelden in two weeks.

“The first races in World Cup are as important as the Olympics, so I will focus first on them and then look forward to Beijing afterwards.

“A medal at the Olympics or a globe – those are the two big goals, they are really hard to achieve, but we’ll do everything to achieve them.”

For sure, it’s a big honor to have the Red Bull helmet now and be on the same team as other top skiers,” Odermatt says.

“Actually, not much has changed – my team and whole staff is exactly the same as last year, and my training during the summer was more or less the same.

“But for sure, it gives you the opportunity to make changes if something doesn’t work. You have a lot of opportunities.

Kidded about perhaps being faster now having wings, as is Red Bull’s slogan, Odermatt keeps everything in perspective.

“I’m not sure how much they will help me with skiing, but for sure it’s not bad.” 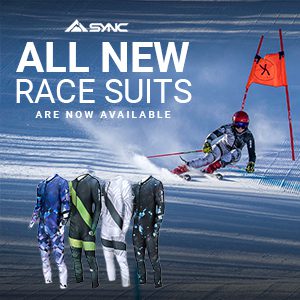