Lindsey Vonn is home from New Zealand following a crash that resulted in a small fracture in her left ankle, but she’s already back in the gym. After posting a photo on her Facebook page showing nearly all the colors of the rainbow visible on her ankle, Vonn is determined to power through what she insists is only a small setback. 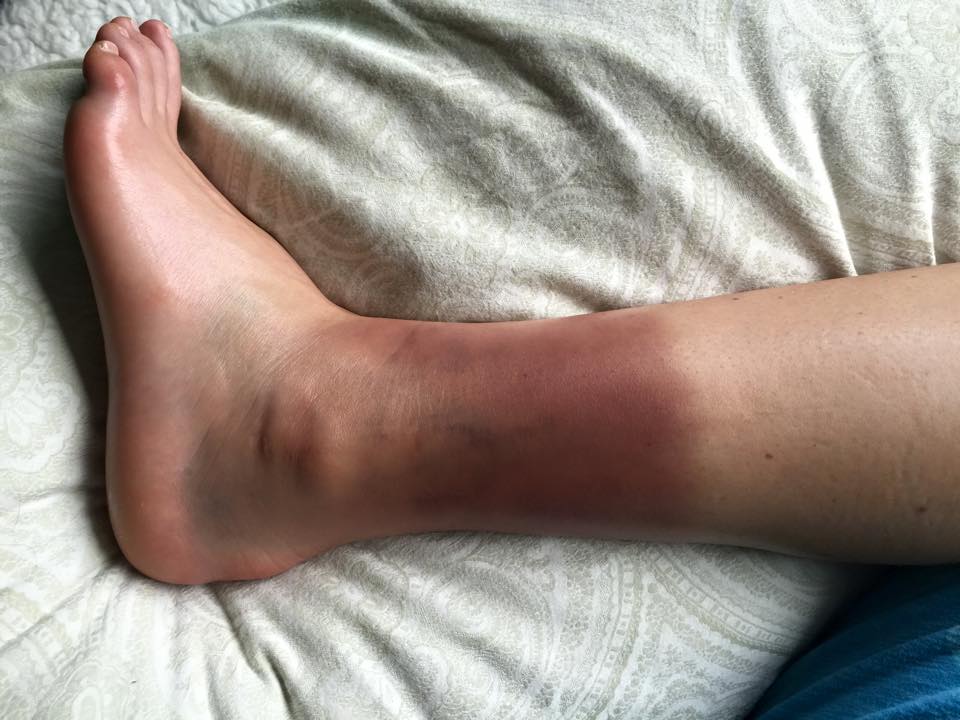 “It looks worse than it feels … but yeah, it’s gross!” Vonn admitted about the injury. “Prognosis is the same, I have a small fracture in my ankle. Don’t worry guys, I’ll be fine!” she assured fans and fellow competitors.

While Vonn’s timetable off snow is yet to be announced, she returned to the gym in a walking boot to get right back to work and was eager to show off her elbow plank form despite the recent injury.

Vonn missed almost two season’s worth of competition following a major knee injury sustained in the 2013 FIS Alpine World Ski Championships in Schladming, but she came back to claim both the World Cup downhill and super G titles in 2015.