Home Topics Domestic Bring Out the Bling – Who won big at the 2015 USSA... A pigtailed bumper. A kind volunteer. A champion of Olympism who fought lung cancer until the end. Those are just a few of the individuals and clubs recognized last month at the annual USSA Chairman’s Awards dinner. Here’s a closer look at the esteemed list for 2015. 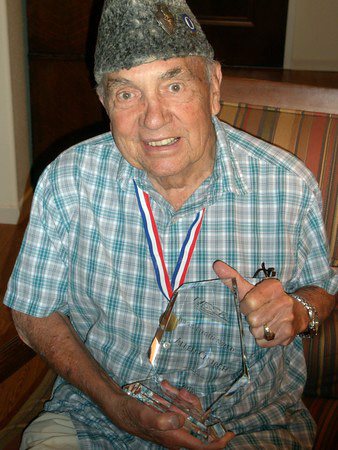 A USSA volunteer for 45 years, timing expert Allen Church has served from his home club in Taos, N.M., throughout the Rockies and around the world. He served as an alpine technical delegate from 1978 to 1995 and has worked at World Cup events, World Championships and as the chief of timing and scoring for the Salt Lake 2002 Games. Thelma Hoessler accepted the award on behalf of Church, a past recipient of the Westhaven Award and the Bud and Mary Little Award. 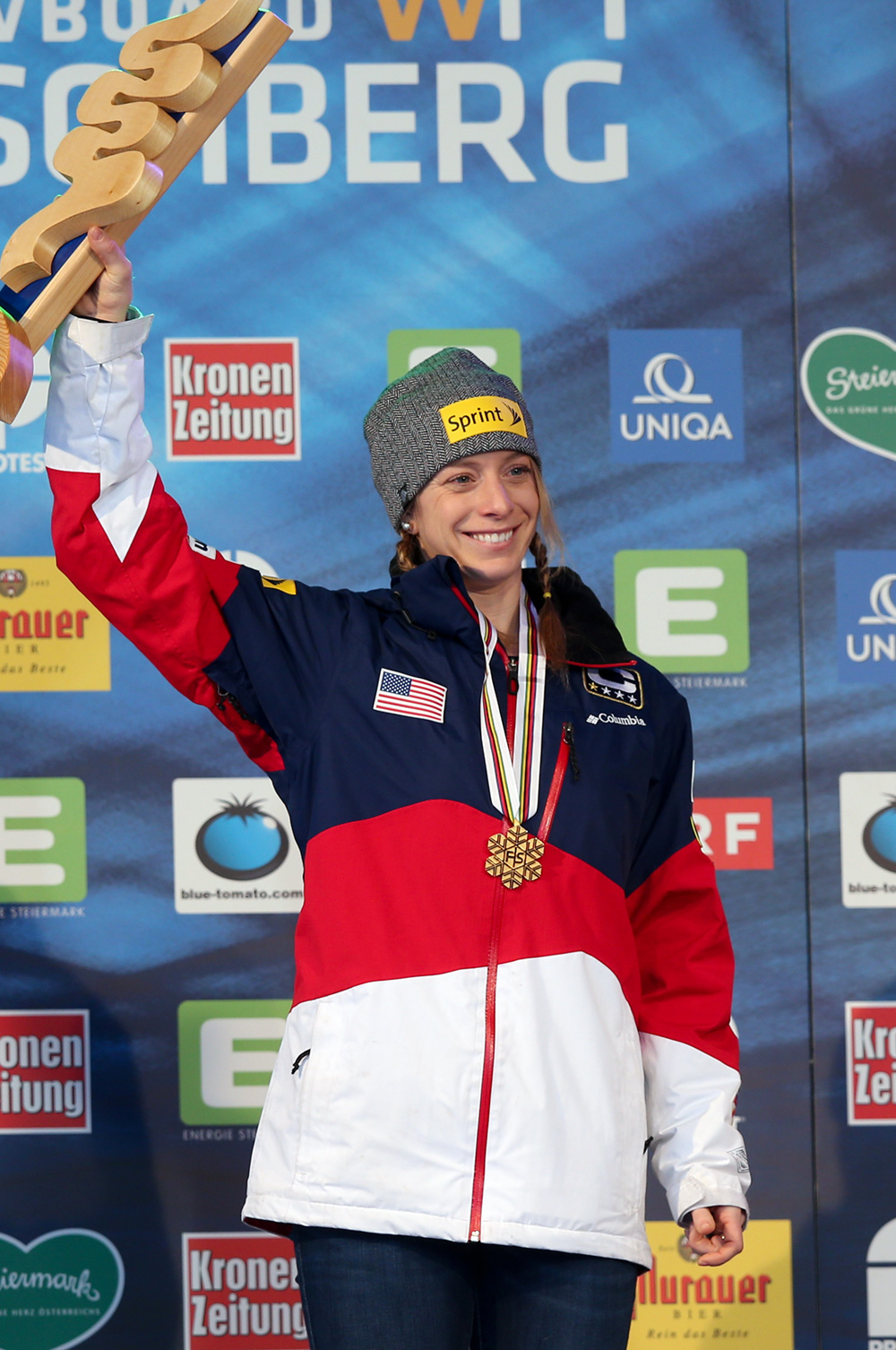 In her final year as a World Cup athlete, Hannah Kearney won the last event of her career to tie fellow American Donna Weinbrecht for the most World Cup wins in moguls history: 46. She also won gold and silver medals at the World Championships to give her a new moguls record of eight. Kearney capped off her final season by winning both the overall and moguls World Cup titles, retiring as not only the greatest female American mogul skier, but also the most decorated skier ever in her sport. Additionally, Kearney was honored as the USSA Freestyle Athlete Of The Year for her success in the 2015 season and throughout her entire, record-breaking career.

As part of the Utah Olympic Legacy Foundation, the Park City Nordic Ski Club (PCNSC) is a resource for multi-sport entry programming. The club has a strong organizational base, an international venue, training and competitions, and programming that serves a wide range of athletes. The 2015 season culminated with the PCNSC women’s cross country team finishing second in the nation, while fellow PCNSC athletes earned three podium spots at the U16 and U18 Junior Nationals. This winter, PCNSC also earned a gold certification in USSA’s Club Development Program. 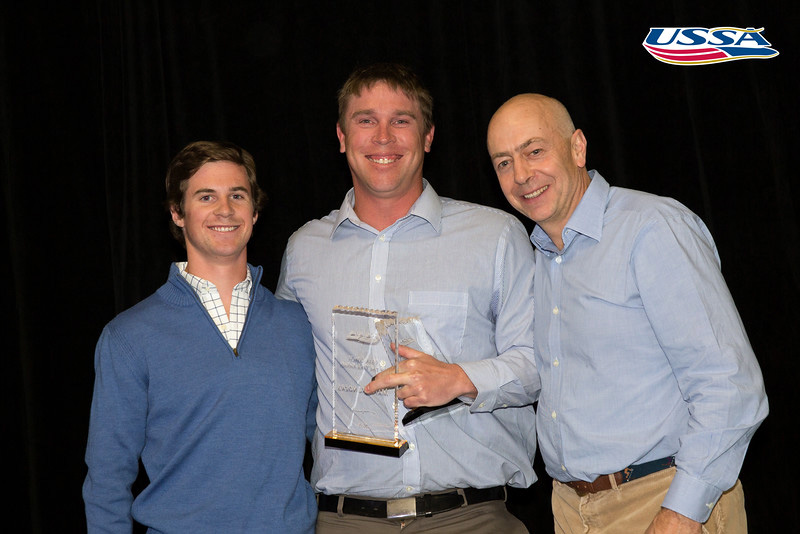 A coach for the U.S. Freestyle Ski Team’s aerials squad, Matt Saunders has brought his experience as a former team member to a team on the rise. American aerials athletes brought home four major World Cup awards this season: Mac Bohonnon and Kiley McKinnon took home the aerials overall World Cup titles as well as World Championship silver medals; Alex Bowen was named Rookie of the Year; and the team finished first among all countries in the Nations Cup. 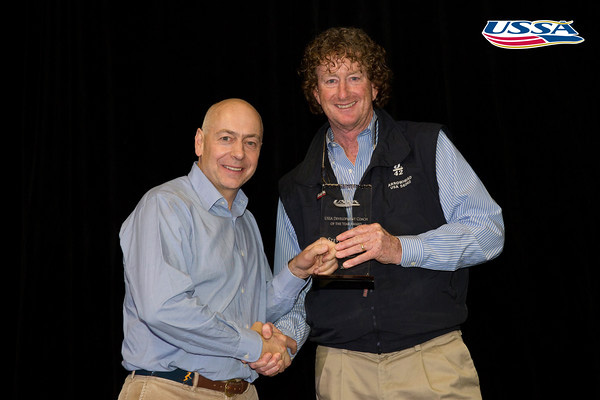 Steve Berlack left his career 16 years ago to follow his passion for skiing and become a coach. During that time he has worked in various capacities at Burke Mountain Academy, coaching men and women, U16s and FIS-aged athletes as well as serving as Burke’s program director. For the past two seasons, Berlack has been an integral member of the FIS men’s coaching staff at Burke. This past season, USSA Eastern athletes won the Regions Cup at the U18 National Championship, in large part because of Berlack’s guidance. He continued coaching and remained focused on his athletes despite the loss of his son, Ronnie, in a tragic skiing accident in January while traveling as a member of the U.S. Ski Team in Austria. Berlack’s success with his group of athletes and his contributions to Burke also earned him the title of Alpine Domestic Coach of the Year.

Deedee Corradini was the first female mayor to accept the Olympic flag for a host city in 1998 when Salt Lake City was awarded the 2002 Games. A longtime champion of women’s ski jumping, she helped female athletes fly for the first time at the Olympic Winter Games. Corradini mentored girls and women, and worked closely with USSA and the FIS to expand elite female ski jumping worldwide. In the U.S., many jumping clubs have seen a doubling in female participation because of Corradini, who died on March 1 at age 70 after a battle with lung cancer. 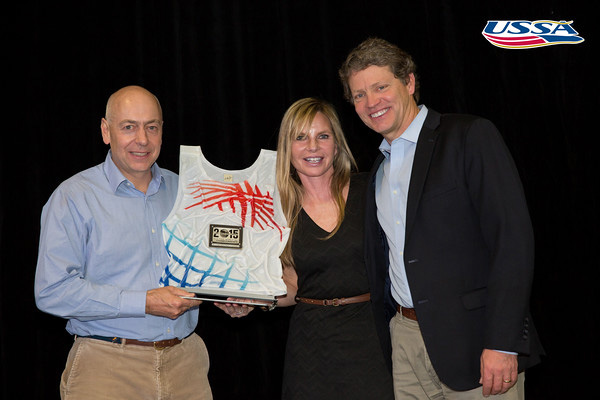 As the head of the Vail Valley Foundation, Ceil Folz brought the FIS Alpine World Ski Championships at Vail/Beaver Creek this past February, drawing record crowds of more than 200,000 and bringing the races to a record 800 million global viewers. Spectators filled the stands to capacity and climbed the hillsides to watch the U.S. athletes come away with five medals, including gold from Ted Ligety and Mikaela Shiffrin in the GS and slalom, respectively.

USSA INTERNATIONAL COACHES OF THE YEAR

The 2014-15 season was Eileen Carey’s first year as head coach of the U.S. Paralympic Nordic Team. She helped athletes increase their medal count from four in Sochi to 28 the following season at World Championships. The team ended the season second in the World Cup standings, and had two World Cup overall globe winners. 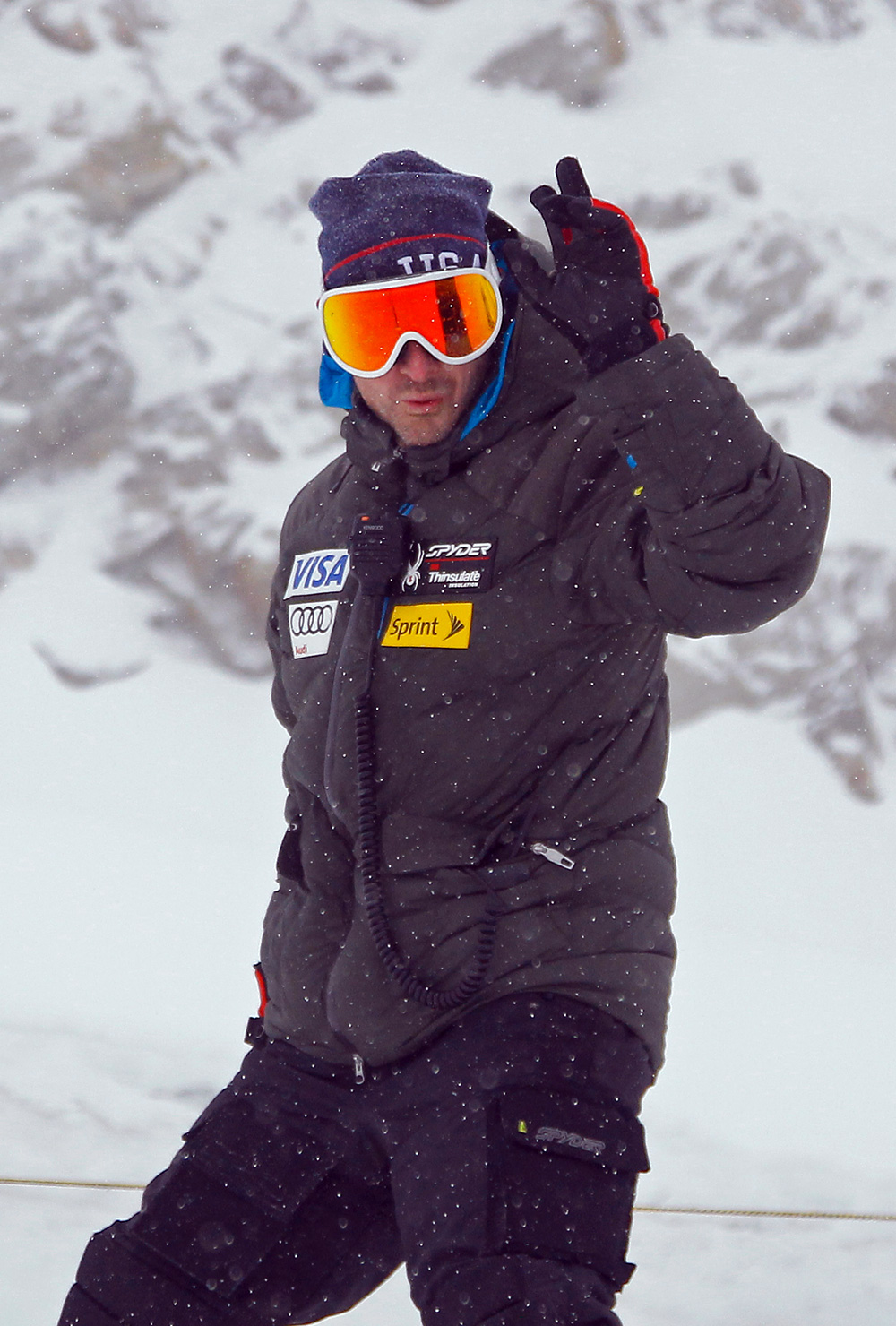 For the past two seasons, Forest Carey has been coaching Ted Ligety and Bode Miller, who have won two World Championship medals, one Olympic bronze medal and one Olympic gold medal. This year, Carey prepped Miller and Ligety for the World Ski Championships in Vail/ Beaver Creek, which resulted in a gold and bronze medal for Ligety and an unforgettable performance by Miller. 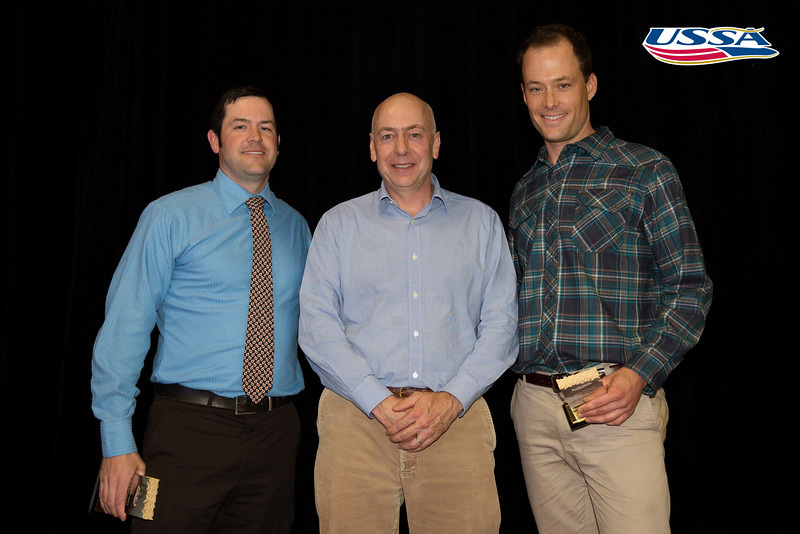 With Jason Cork and Matt Whitcomb at the helm, the U.S. Cross Country Ski Team brought home two World Championship medals and skied to two World Cup podiums this season. Additional strong results on the World Cup and at other major events included Liz Stephen finishing in a best-ever fifth-place at the Tour de Ski.

Skoken Sprang’s leadership as a U.S. Freeskiing coach continues to help produce winning results. Slopestyle skiing athletes extended their domination this year, winning at least 50 percent of the podiums available at X Games, Dew Tour and Grand Prix events during the season. Athletes Joss Christensen, McRae Williams and Gus Kenworthy swept the Grand Prix podium in Park City in one of the best finals of the year.

Since stepping into the role of head coach in 2008, Dave Jarrett has played a key role in deepening and strengthening the U.S. Nordic Combined Ski Team. This season, Bryan Fletcher and Taylor Fletcher posted personal-best finishes, with Bryan landing in fifth at the 2015 FIS Nordic World Ski Championships and Taylor securing a third-place podium during the World Cup season.

Long-time U.S. Snowboarding halfpipe coach Rick Bower led the women’s halfpipe snowboarding team to a historic season, winning 83 percent of the podiums available at the major events. Bower is one of the most respected coaches in the sport for his leadership and technical knowledge.

USSA CLUBS OF THE YEAR

Formed in 2005 by Paralympic snowboarding medalist Amy Purdy and former ESPN and X Games organizer Daniel Gale, Adaptive Action Sports primarily focuses on snowboarding and provides pipeline programs for adaptive athletes including Marine Dustin Fleming, who lost a leg while on a mission to help children in Iraq. Fleming accepted the award on behalf of Adaptive Action Sports. 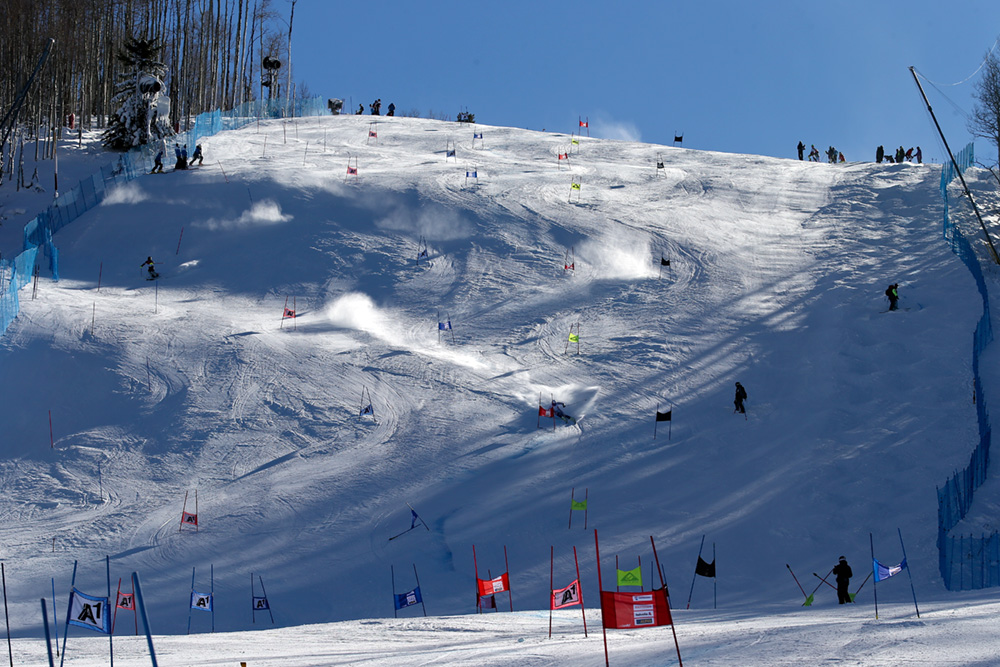 Ski & Snowboard Club Vail (SSCV) completed the gold certification as part of the USSA’s Club Development Program in the first season it was offered. Of the 36 Rocky/Central Division athletes to qualify to U16 National Championships this winter, 24 were from SSCV. Five of the 24 U16 athletes who qualified to the National Training Group (NTG) in 2014 were from SSCV, more than any other program in the country. This is the second consecutive Alpine Club of the Year award for SSCV.

In each of the last three years, Craftsbury Nordic has stepped up to host national-level events, including U.S. Masters National Championships and two Super Tours (with nearly 800 starts in one weekend). In addition to homologated racecourses with snowmaking, Craftsbury has now built a “green” lodge with training facilities, locker rooms and wax rooms. The Craftsbury Green Racing Project is dominating elite racing in New England, and the youth program swept the NENSA Gallagher Cup as the men’s and women’s Eastern Cup overall champions.

USSA ATHLETES OF THE YEAR 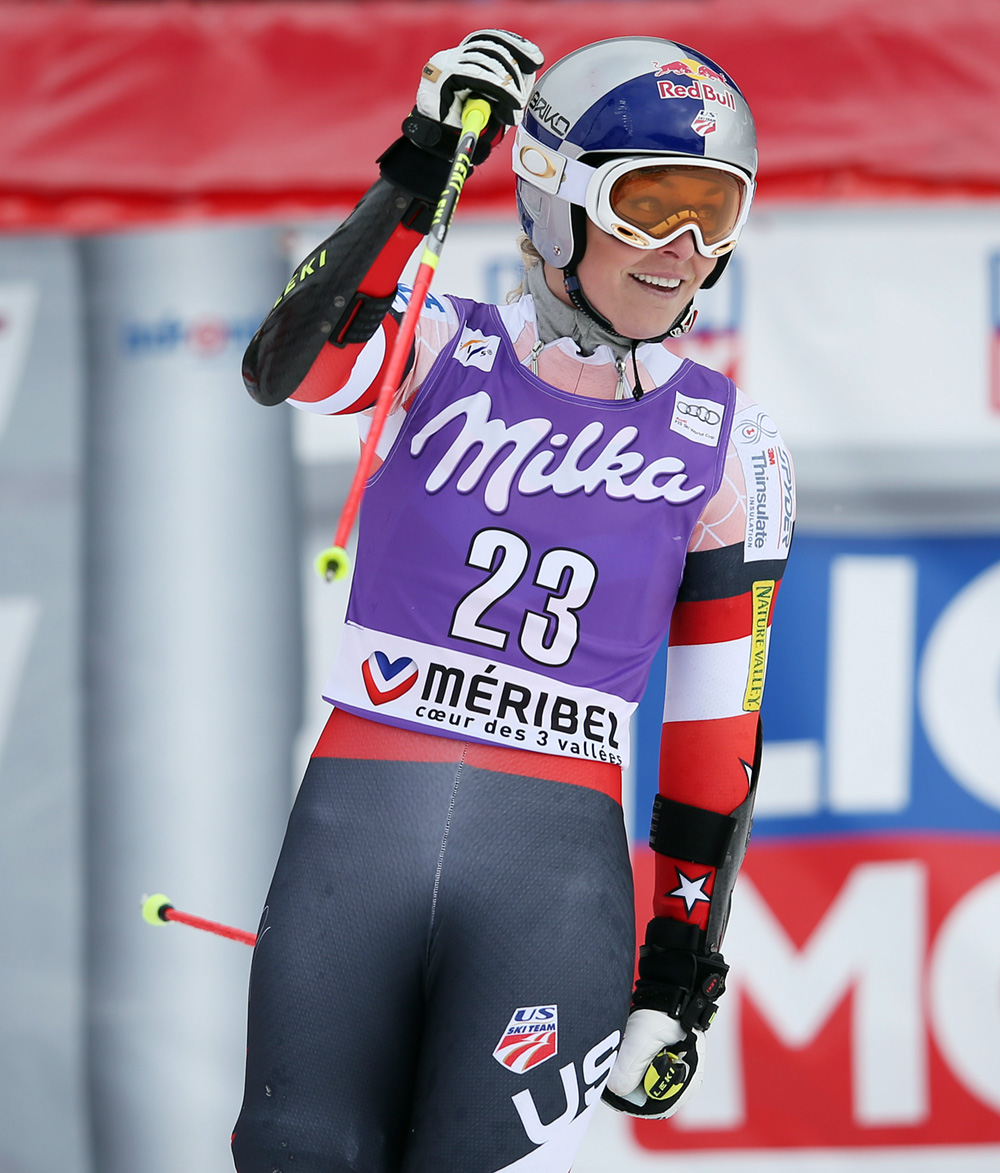 After missing the better part of the past two years because of injury, Lindsey Vonn won eight World Cups (a tie with Marcel Hirscher for the most on tour), earned a bronze medal at the 2015 FIS Alpine Ski World Championships, and won a record 19th World Cup overall globe with the super G and downhill titles. Vonn also won her 67th World Cup race, increasing her record as the winningest women’s World Cup racer in history. 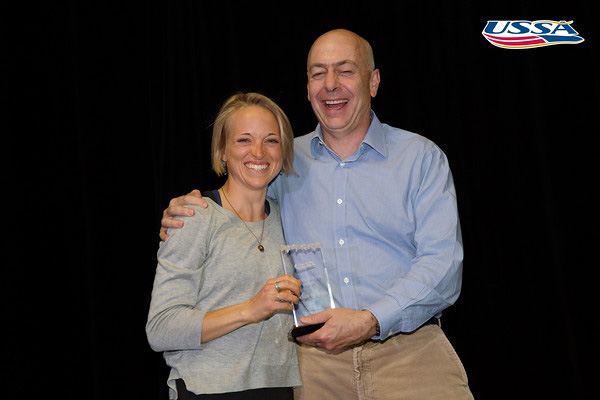 This season, Liz Stephen made history with a fifth-place finish at the Tour de Ski, the best result ever by an American in the multi-stage event, and earned her first-ever World Cup podium. She was also part of the relay team that placed fourth at the 2015 FIS Nordic World Ski Championships.

David Wise has been on the top of the halfpipe skiing podium since early 2001, including becoming the first-ever Olympic gold medalist in the sport. In 2014-2015,he had four major event podiums and took home the overall FIS World Cup title. 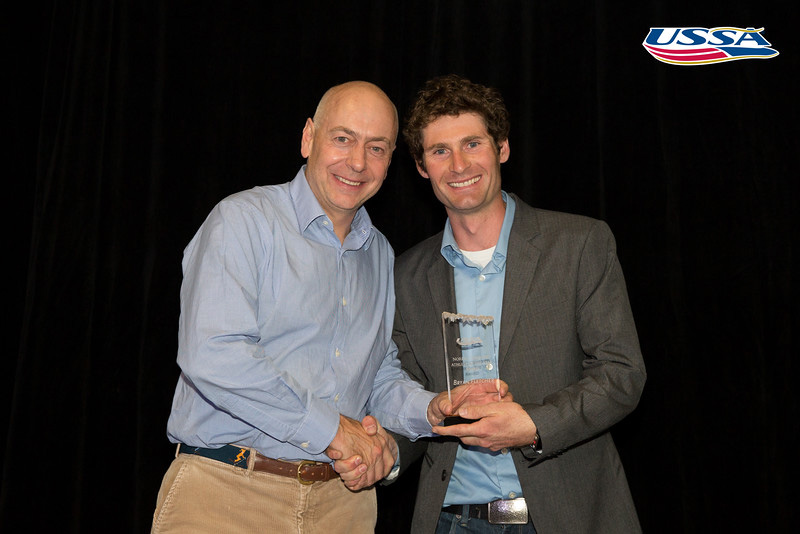 During the 2014-15 season, Byran Fletcher notched a fifth-place finish at the 2015 FIS Nordic World Ski Championships. It was a career-best finish for the Steamboat Springs native. Fletcher also finished the season with eight top-10 results on the World Cup circuit. 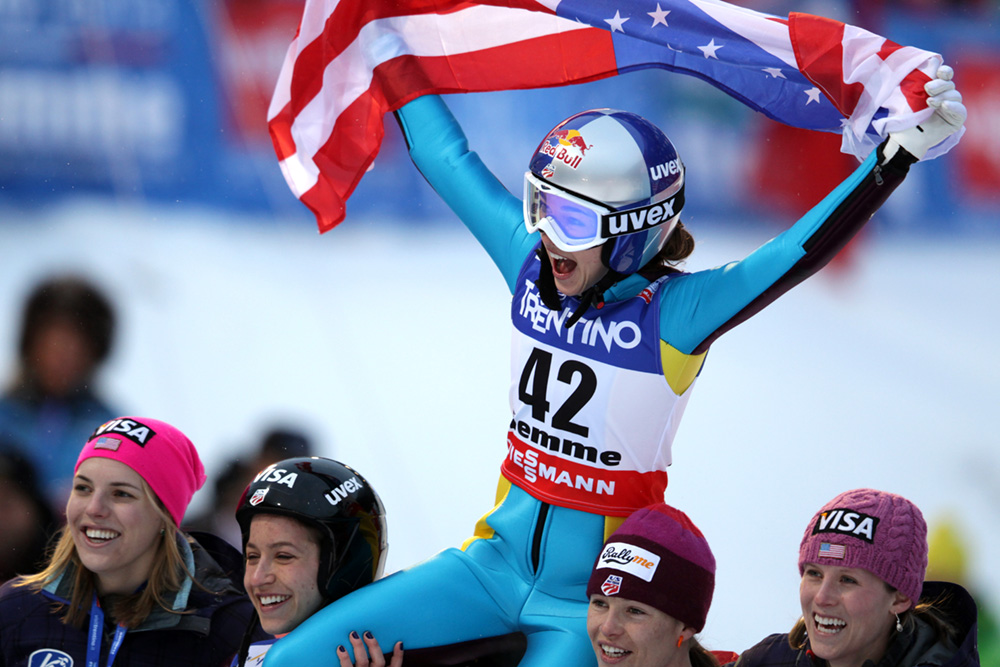 After a tough start to the season, Sarah Hendrickson made a dramatic comeback, finishing in the top 10 at the 2015 FIS Nordic World Ski Championships and earning three World Cup podiums in the final events of the winter. She was also one of the top performers in the mixed-gender team event, soaring to the longest ride of the day at World Championships. 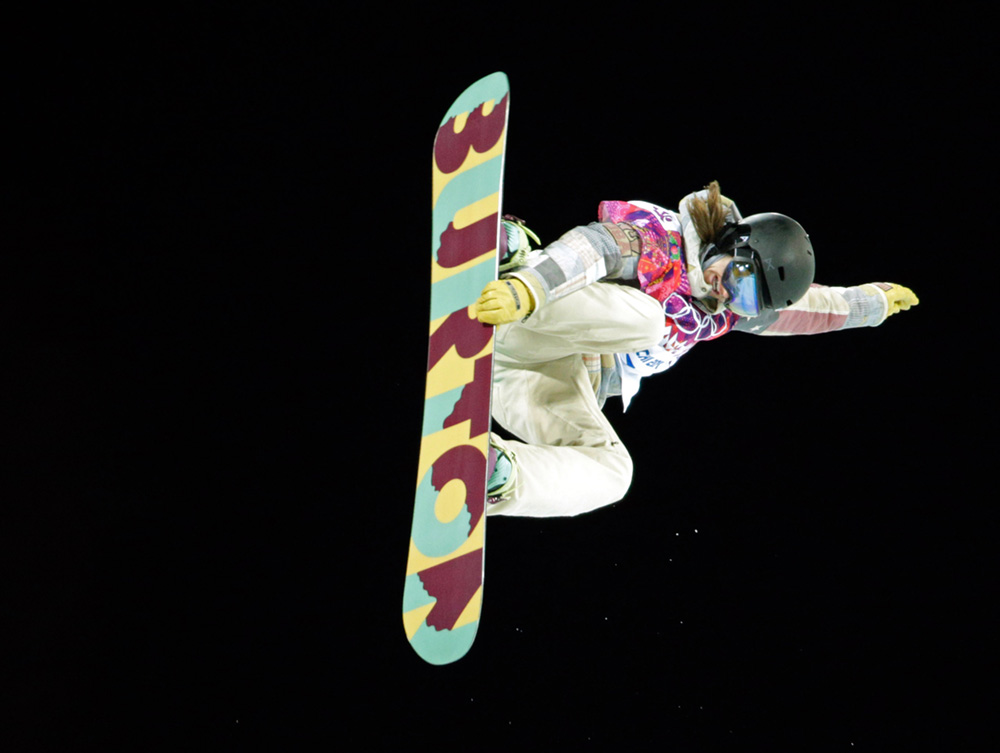 This season, Kelly Clark was consistently on the top of the podium, winning two Sprint U.S. Grand Prix events and the overall Grand Prix Title. She also took her eighth Burton U.S. Open victory and the TTR halfpipe overall title. Clark spent the year growing the Kelly Clark Foundation, giving opportunity to youth and creating more access to the sport.

— With reports from USSA

USSA Athlete of the Year Awards

USSA Coach of the Year Awards

USSA Club of the Year Awards