Home Top Rotator ‘STREIF: One Hell of a Ride’ comes to North America

BOULDER, Colo. – For 75 years, the annual Hahnenkamm race in Kitzbuehel, Austria, has produced unforgettable triumphs and heartrending tragedies, a heritage that is full of myths and legends. Nowhere else is skiing celebrated so intensely. The city, the nation, and the entire winter sports world goes crazy for the battles that play out on the slopes, and the race down the Streif is the most anticipated event of all – the Superbowl of skiing. “STREIF: One Hell of a Ride” (produced by Planet Watch and presented by Red Bull Media House) is the ultimate ski race movie, vividly sharing this momentous occasion plus everything done in preparation for competition day. 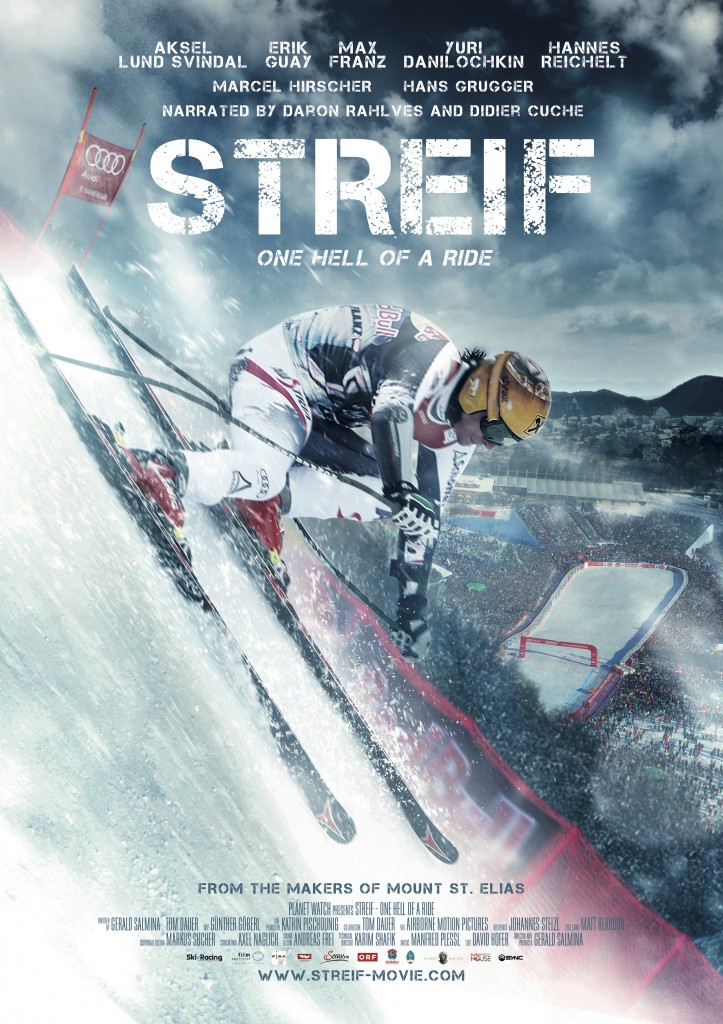 Winner of the 2015 ROMY award for Best Documentary, “STREIF: One Hell of a Ride” will be released through theatrical tour in the U.S. by Warren Miller Entertainment this fall, and is available for licensing across the United States through 2016. The film will also release for home entertainment worldwide on Nov. 12, 2015.

“‘STREIF’ has sold-out countless shows in Europe, and we cannot wait to bring this incredible film to the American ski audience,” said Andy Hawk, managing director for Warren Miller Entertainment. “Partnering with Red Bull Media House to manage the theatrical distribution and licensing in the United States is very exciting for us. Connecting passionate audiences with compelling stories is the foundation of our business, and we look forward to bringing this and other great action sports films to our fans.”

An iconic brand in the snowsports filmmaking arena, Warren Miller Entertainment has been producing snowsports films for 66 years and continues to reach a passionate audience worldwide. This year’s feature film “Chasing Shadows” will tour in the U.S. and internationally beginning mid-October. Warren Miller Entertainment is actively reviewing partnership opportunities and will continue to utilize their expertise to assist filmmakers in creating theatrical tours for their films.

For information regarding U.S. theatrical shows or licensing opportunities for “STREIF” or other action sports films, contact Fig Stokes at 303.253.6321. More information on the film can also be found here.