Home Opinion The Top 10 Ways to Save the World Cup Conceived in Portillo during the 1966 World Alpine Ski Championships by U.S. and French Ski Team Directors Bob Beattie and Honoré Bonnet along with journalist Serge Lang, the World Cup is approaching its 50th anniversary.

How can the next 50 years be more cutting-edge for the aging circuit? That’s what FIS Chairman Niklas Carlsson asked of the organization’s sub-committee last June in Bulgaria. But the wizards behind the White-Circus curtain have been talking about change for decades — without making much change at all.

In that spirit and with tongue slightly in cheek, here are the top 10 ways to save World Cup.

10. Roll back the GS ski regulations

There is no retail market for FIS-specific GS skis. They’re as specialized and novel as jumping skis. Enough said. Manufacturers need to profit from their involvement in the sport. Speed can be controlled by course-setting and adopting competition suits that are less aerodynamic and more athlete friendly, as ski cross has done. There might actually be a merchandise market as there is in cycling and professional sport leagues. 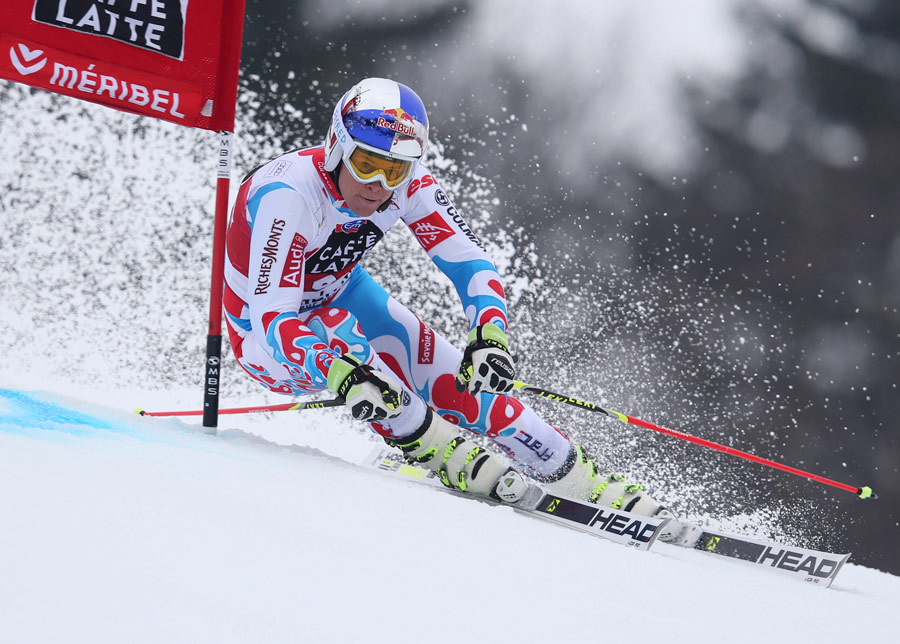 9. Invite parallel and ski cross to the party

Head-to-head formats are easy for the layperson to understand and provide an unusual amount of drama and excitement. Ski cross, the redheaded stepchild of racing needs to come home and be part of the Alpine World Cup. The number of potential venues to host World Cup will increase exponentially. More compelling than super combined, ski cross and parallel demand specific skills that overall World Cup contenders may or may not have. 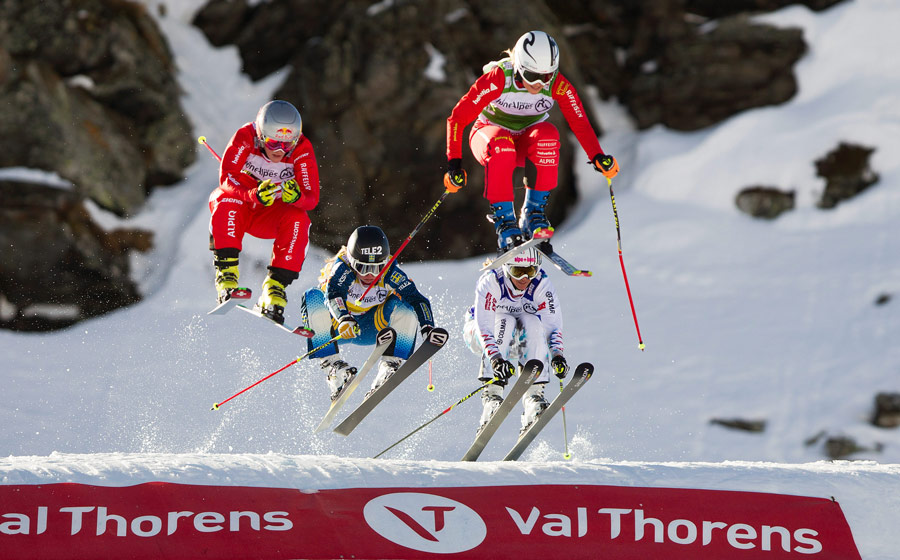 The 2015 World Championships set a new standard for ski racing broadcasts with unique camera positions, cable cams and editing. More needs to be done to integrate broadcast live images with webcasting, creating universal access to viewers, live data feeds and so on. Wearable cameras, GPS analysis of tactics and speeds, virtual parallel racing, live mic-d athletes and coaches are just a few innovations that will capture viewers. If you watch any football or baseball game, tennis match or Formula 1, you have to believe that fans love stats. Data makes any effort seem exceptional. Generate statistics that help explain the game, the history, the evolution of the sport. Help explain the science, the forces, the demands on the body and the equipment — there’s a lot more to ski racing than most realize. What better way to show and explain it than during broadcasts? 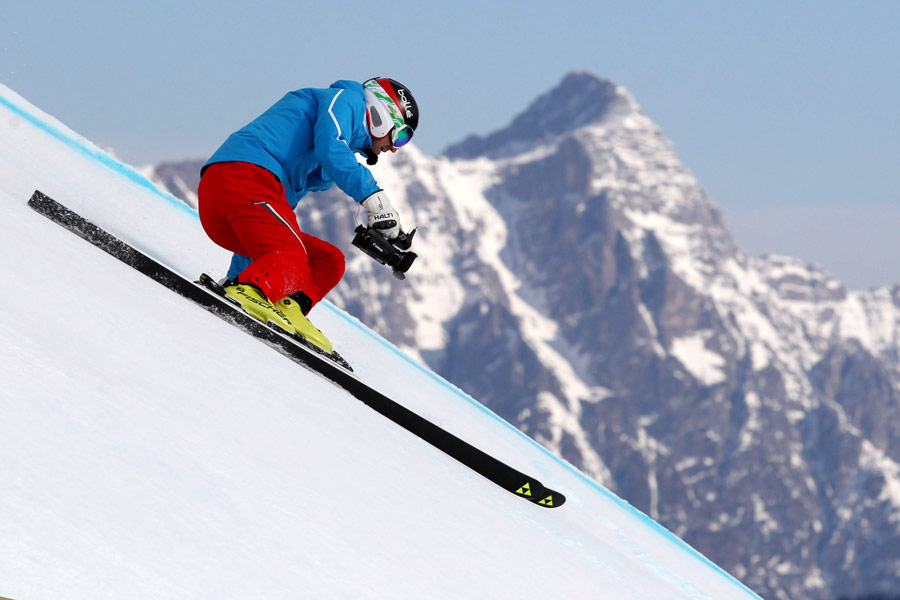 7. Entertain the sponsors and fans

Sport is entertainment, plain and simple. The sponsors and fans are what make professional sport possible and (potentially) lucrative to the players. Go to a World Cup ski race, and the athletes are segregated from fans and sponsors on the field of play, at lunch — even in the liftline. Sponsor a PGA tournament and the players have a Pro-Am with your employees and customers in the days leading up to the tournament. NBA seating is available courtside and you can wander pit row at the Indy 500 and chat with mechanics and drivers. We can’t afford to play our sport in a bubble. Make every effort to expose the athletes to their fans and sponsors.

We can’t afford to play our sport in a bubble. Make every effort to expose the athletes to their fans and sponsors. 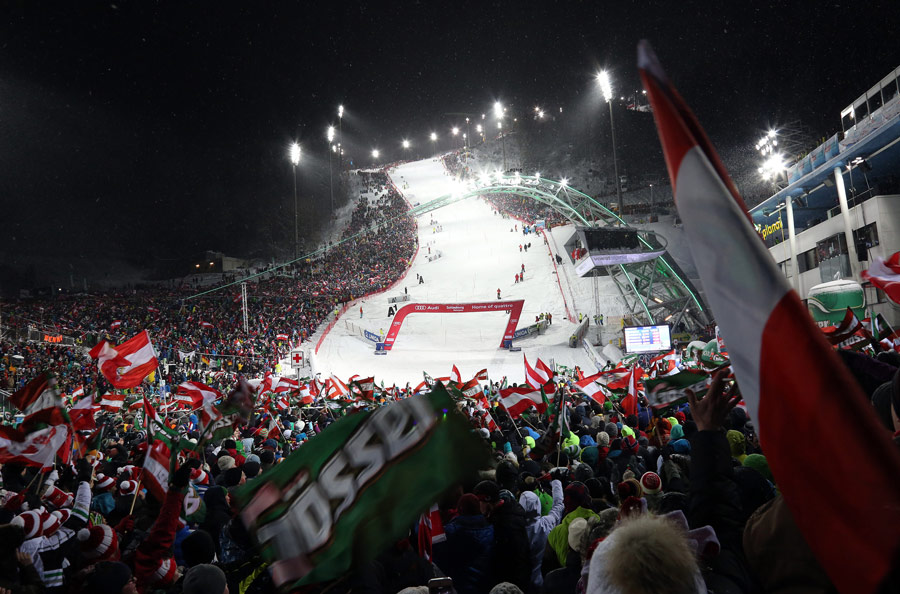 Slalom takes place in two runs scheduled at 10 a.m. and 1 p.m. Why? Because it always has. Viewers and spectators for the first run are nearly always a fraction of that on the second run in slalom and GS. Fans leave after the first seed has gone in the first run of tech events or the first 30 in speed. Limit World Cup to 45 competitors regardless of national affiliation. The top 30 from the WCSL, Current Olympic, World Cup and World Champion are all automatics. The remainder qualify from a Continental Cup the day before or better yet the morning of to give die hard fans an all day event. Set and inspect both runs of slalom in the morning and re-dress GS without re-inspection. Resume the race with a second run after a 20-minute half-time. The entire race can be done in two or two and a half hours. Start time can be at 12:30. Finish just in time for après-ski. 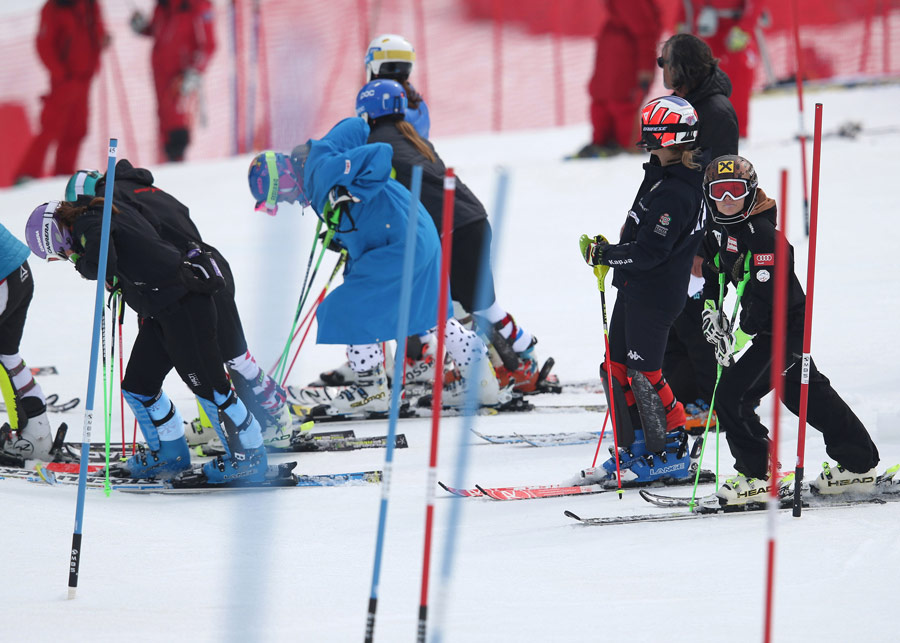 5. Identify and reward majors and classics

Not every World Cup is or should be the same. A win in Kitzbuehel or Adelboden is not the same as a win in Hinterstoder. It shouldn’t be treated that way. World Cup points should be awarded on a scale of 4x for the identified majors. A second tier of classics capturing the historic annual races should be awarded 2x points. Athletes will choose to sit out certain lesser World Cups to focus on these majors with less fear of losing out in the overall or discipline race. Competition for athletes at the second tier events will lead to appearance fees and bigger prizes for venues wanting to make a name for their event. 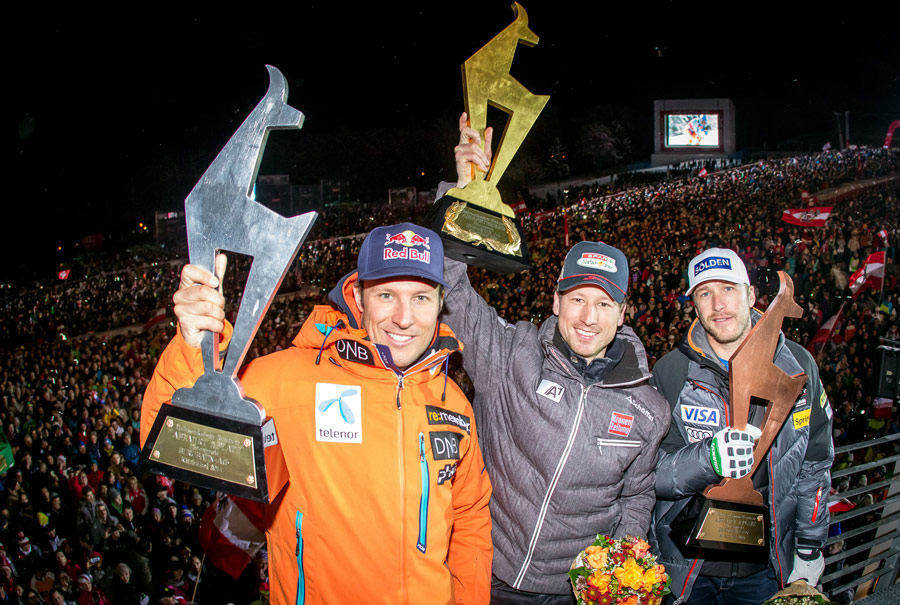 The most successful sport leagues strive to create parity so the outcome is always in question. The strongest team gets the toughest schedule and worst draft picks, revenues are spread to all the teams and salary caps are designed to keep the wealthiest in check. Golfers’ tee times are drawn mostly at random the first two rounds and then assigned in reverse order of standing in the final two rounds so the leaders are playing in the toughest course conditions. In ski racing the philosophy is inconsistent. The best are advantaged in their start position and only on the second runs is the advantage given to the rising stars. Start the first 30 or 45 athletes in tech events in reverse order of World Cup points. In speed, reverse 45 or the entire field if larger. The sport needs more winners from all corners of the globe. Tilt the field in the favor of weaker teams and rising stars. 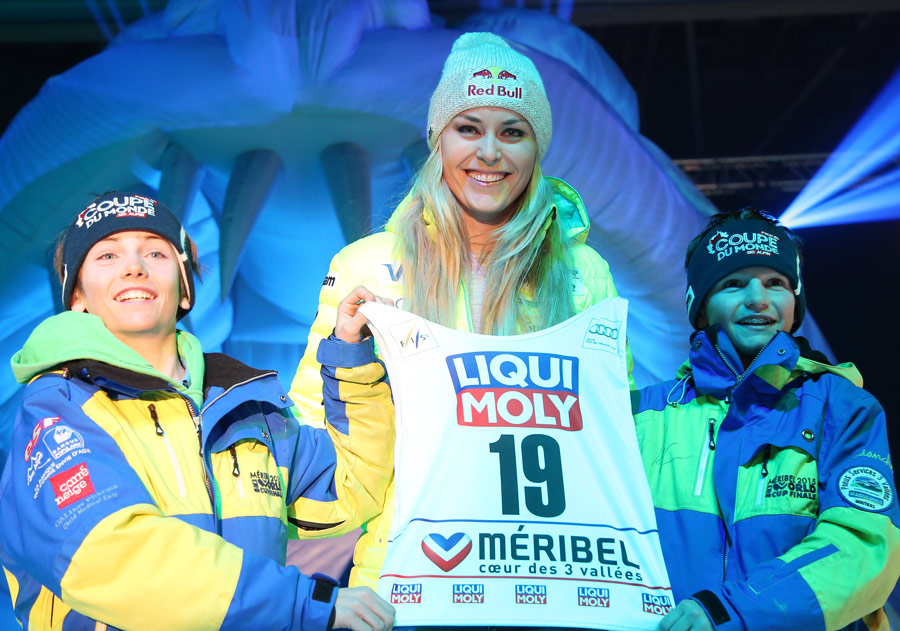 The FIS event production team is highly qualified and successful in working with organizers to produce high-quality events for the athletes and fans. Put World Cup events up for bid. If a venue can produce the cash for prize money and event production, make room on the calendar for them. Given the opportunity, many non-traditional venues could become viable with modified formats, lengthened competition season and a focus on globalization of the sport. 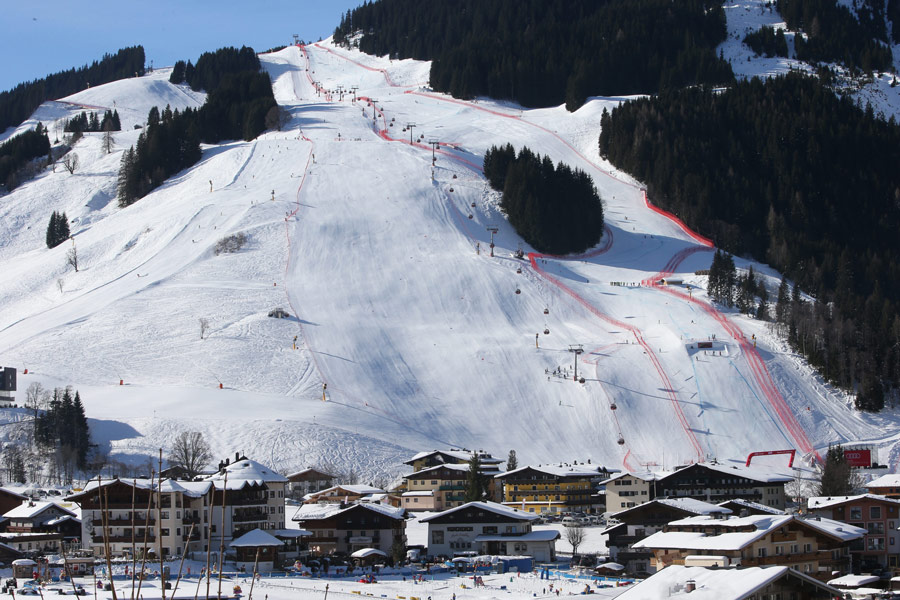 Little is made of the cash winnings of the athletes because it’s more insult than something to celebrate. A proposal was debated to increase the event prize money to 120,000 Swiss Francs. That’s an improvement, but still embarrassing when it becomes the winner’s take. No wonder an oversized check isn’t presented at the awards — the undersized amount demeans the athletes and the sport. 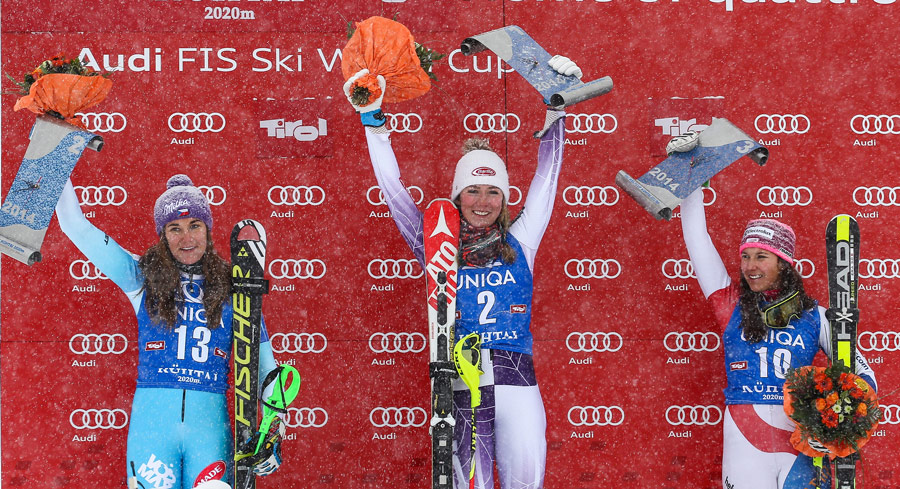 1. Host the World Cup outside of Austria, Switzerland and Italy

The World Cup isn’t the world when 48 percent of the races (from the 2015-16 World Cup schedule) are held in three nations that share borders. Add France and Germany to the mix, and you’re up to 64 percent of the races held in five central European nations. This isn’t World Cup — it’s the Alps Cup. Two of the largest ski markets, North America and Asia, are grossly underrepresented on the calendar. China is missing completely and is the only significant potential growth market in ski sport. The World Cup should span 30 weeks and visit 30 nations annually. 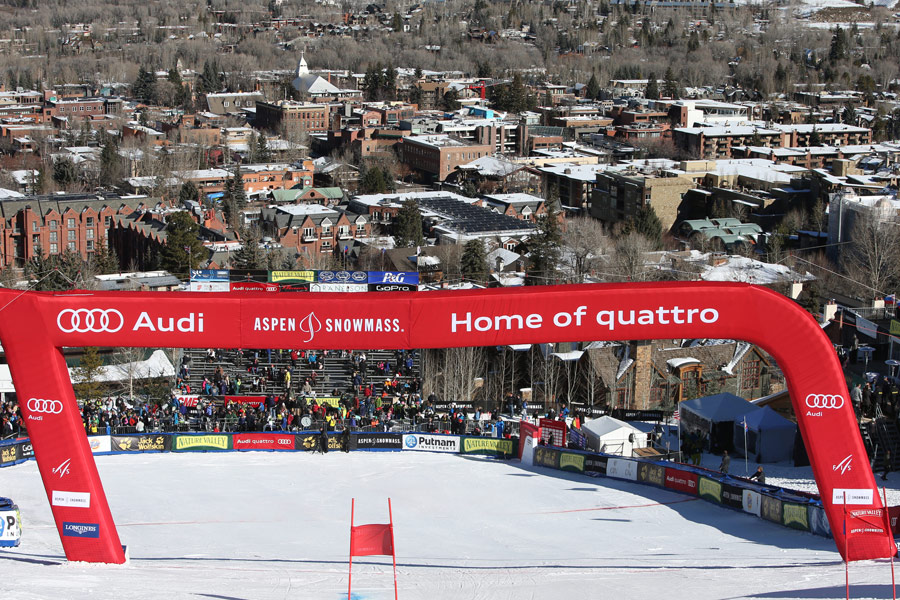 Imagine the competition that could ensue among Red Bull, Qatar Airways and Audi to field the best team. That spells potentially more support for the athletes, and enables national federations to offload their most expensive programs to focus on sport development. Professionalizing the sport elevates the playing field, rewards performance and increases accountability and transparency.