Since 2011, I’ve been a coach at Keely’s Ski Camp for Girls at Mount Hood with my friend and former teammate Keely Kelleher.

To an outsider, our group of 24 racers, two interns and four coaches may look like any other summer ski camp. We wake at 5:30 a.m., down coffee and breakfast, and load up the vans to hit Palmer Glacier. Mornings mean warm-up, drills and training courses; afternoons are dedicated to dryland, video review, hiking, swimming and games of Capture the Flag. We shower, we eat dinner, we meet, we tune skis, and we hit the hay before rising to do it all over again the next day.

But here’s what’s different: we’re all girls. The coaches, too. There’s something special about this dynamic, especially in light of a recent Time magazine report that only 43 percent of women’s Division I programs are coached by women. The lessons that we share will have a lifelong impact on these racers, but what we, as coaches, are learning is just as profound.

Yeah, it can be exhausting, but the girls recharge our batteries every day. And here is what they have taught me.

How to manage screen time — All. Day. Long. 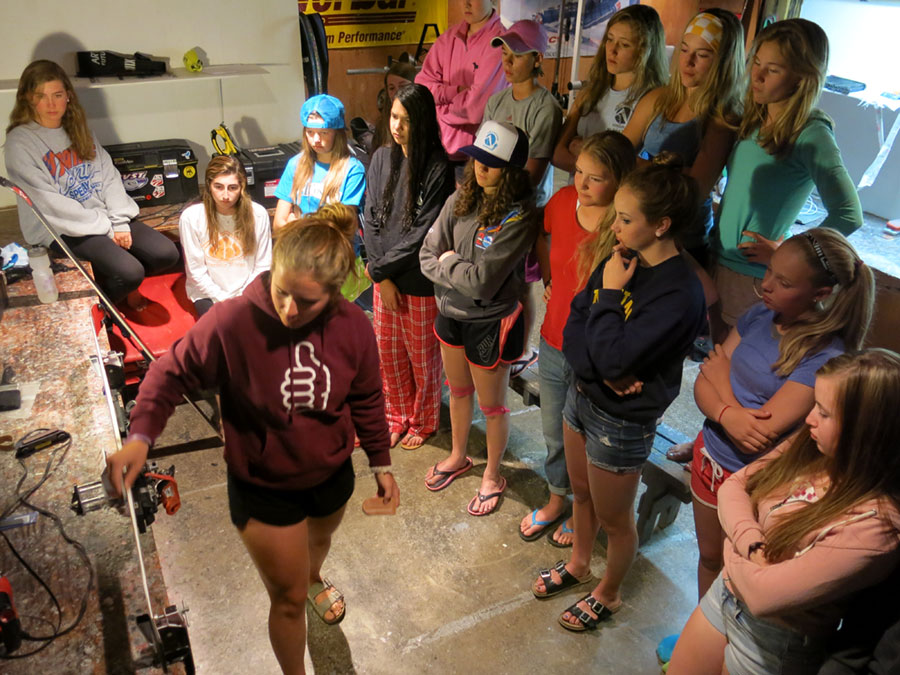 It happens between runs, on the chairlift, at the top of the lane, between courses, during Capture the Flag, during meetings, in the van, while eating all three meals and tuning skis. There is never a moment where girls will be away from their phones, looking at Instagram, snapchat and Facebook; listening to the latest Taylor Swift song and watching Netflix. It’s most apparent when 24 of them are sharing one bunkhouse and I really want to email my latest story to my SkiRacing.com editors. To manage this, we made “no-phone” rules — no phones at dry land and no phones on the hill; for meetings, phones have to be placed in the “phone bucket.” The rest of the time they can binge on Instagram and Snapchat all they want. But as Kelleher likes to say, “There’s no WiFi in the forest, but you’ll find a better connection.”

How to drown out high-pitched squeals 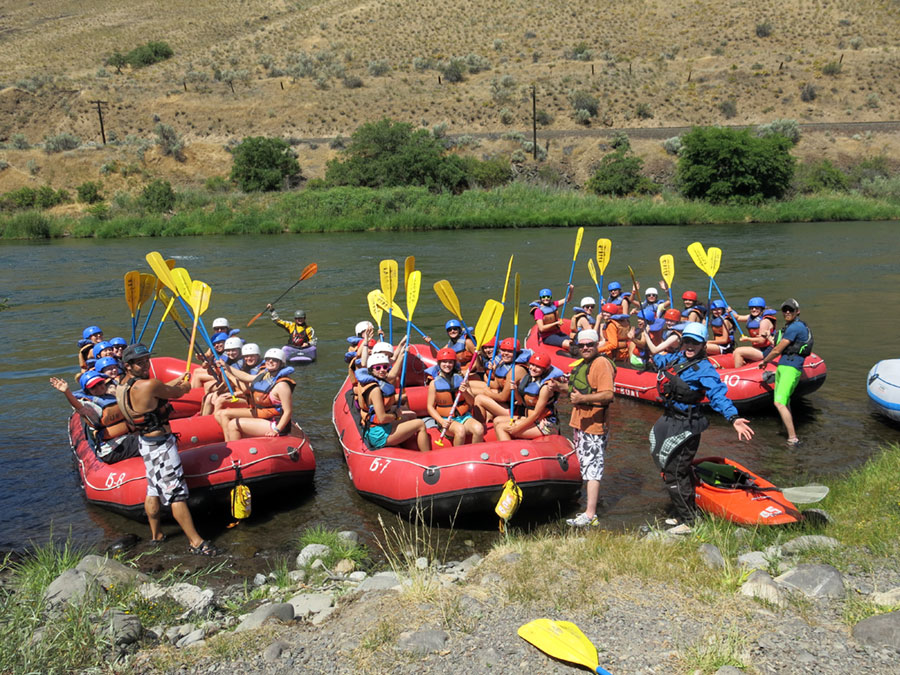 There is screaming — lots and lots of screaming. And giggling. And questions. So Many Questions. What we are doing for dryland? Where are the vans? Where is Keely? What time is dinner? Do we have time for another run? I’ve learned to ignore the constant screaming, and to combat the questions, we told the girls that it’s mandatory to ask three other people their questions before coming to the coaches. It works — most of the time.

How to teach confidence 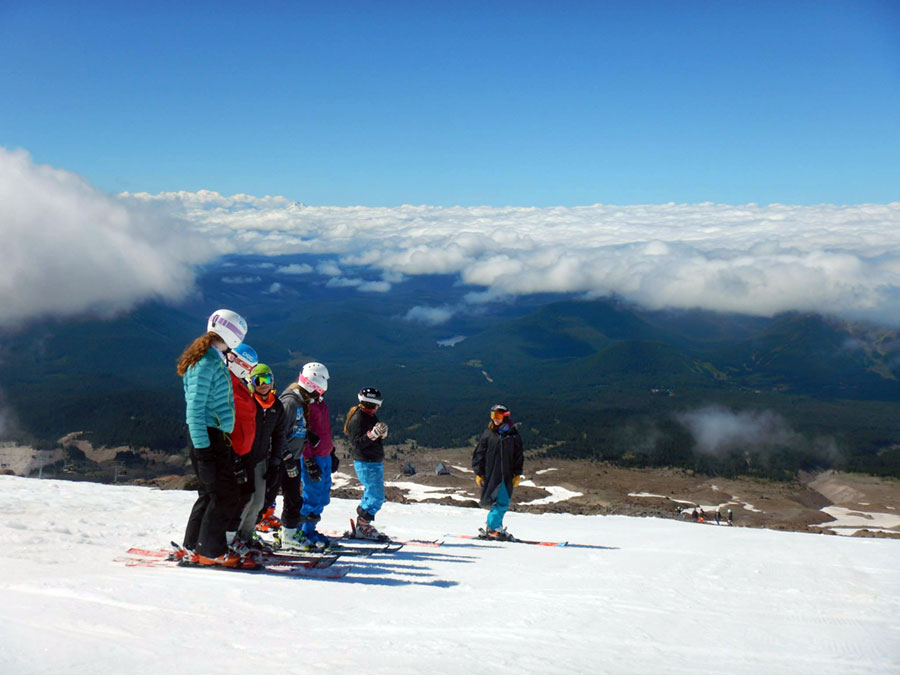 Keely began this Ski Camp for Girls after seeing how few female coaches there were on Mt. Hood. “I didn’t have a lot of female role models as coaches growing up,” she says. “Though I had plenty of amazing male coaches, I always wished I had more female coaches in skiing to relate to. I created the camp I wish I had had growing up.”

I couldn’t agree more. Besides my mom, I can think of only maybe one or two female coaches that I had during my skiing career. Now at Mt. Hood, I see the impact we’re making on a daily basis.

My first year at Keely’s, I worked with a girl named Anna who had never run a slalom course or cross-blocked a gate before. She was shy and quiet and had yet to break out of her shell. After a few days of skiing and coaching, she built up the confidence to attempt running a “tall-gate” slalom course and cross-block for the first time. Her first run through the course went better than either she or I could have ever imagined, and in that instant, her confidence skyrocketed. She carried it over into every aspect of the camp, including dryland and social time. Anna went from being a shy, reserved girl to a camper who has returned all five years, and easily gets the nod as the most improved camper of all-time. Kelleher’s mission of “providing influential female coaches in a context that matters” continues to thrive and teach confidence in each new “Anna” year after year.

How to make more friends 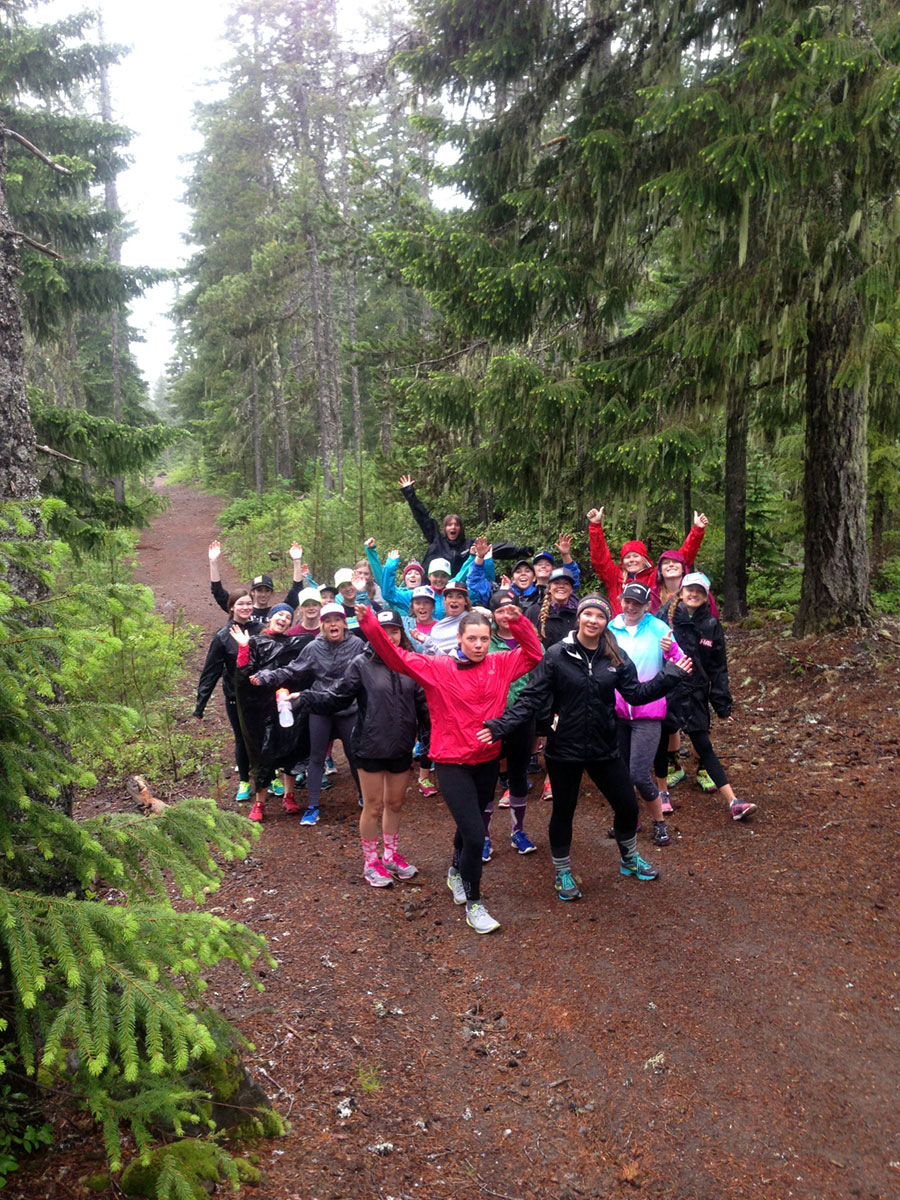 Ella and Elle arrived at Keely’s in 2013 from two different states as the youngest and smallest campers. On the second day, we went for a short but steep hike up to a lake, and gave the girls the option to run. Elle and Ella took off, and I trotted alongside them, assuming they would fade long before the top. But they both kept powering their way up the mountain until we reached the summit. They continued to push each other every day after that, and became good friends.

How to gain confidence 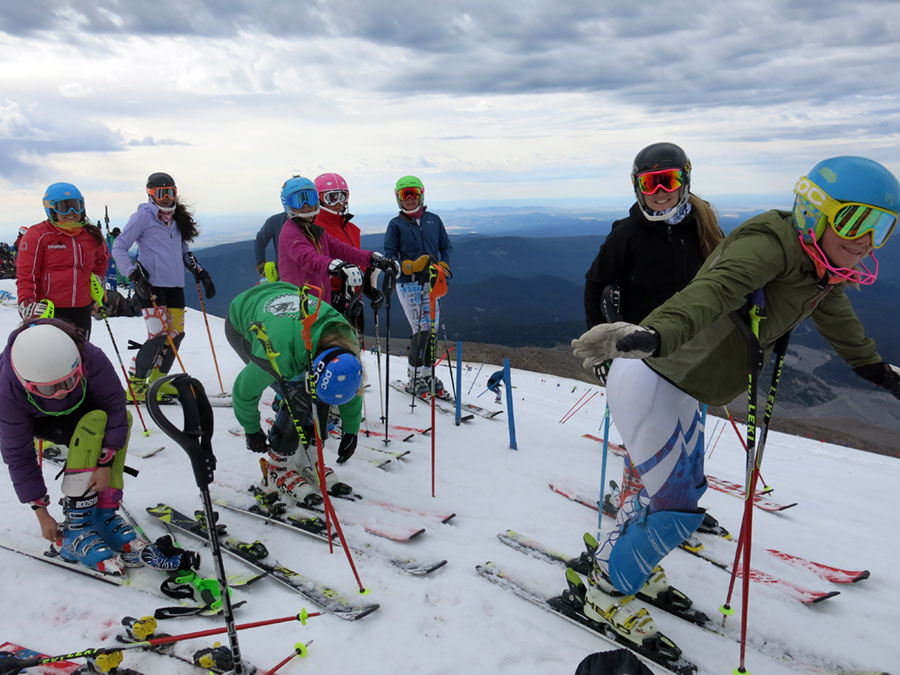 U.S. Ski Team member Leanne Smith knows a bit about confidence building. But the two-time World Cup podium finisher found a whole new level of confidence after joining the coaching staff at Keely’s for the first time this summer. “It was one of the most gratifying experiences that I’ve had in this sport,” she says. “When you can see girls improve run to run because of advice you gave them, you can’t help but smile. And through these girls I find myself gaining more confidence in my own skiing.”

Setting courses, remembering a whole new set of equipment (drills, video, radios), and putting the campers’ day ahead of your own is a whole new world. But what Smith ended up realizing, just as I did during my first real coaching experience, is how cool it is to see what you, as a coach, can provide to a young girl. That confidence bounces back on the coaches, too.