So your kid wants to become a ski racer, but what about school?

Juggling ski racing with a viable education is one of the biggest – and most expensive – conundrums faced by parents of young skiers and often serves as the clincher for rendering the sport cost-prohibitive for many families. Schools and race programs across the nation are constantly working to strike a balance in supplying young athletes with the training, coaching and the necessary tools to move up in the sport while simultaneously providing or paving the way for a complete education. Every type of alpine education system – from public schools in mountain towns to elite ski academies – seem to be making an effort to offer opportunities in the sport to a broader swath of athletes outside of the economic spectrum’s upper elite.

In the U.S., the vast majority of kids who attend ski academies and historically, any kids who ski race or even ski, are kids from families with money.

However, the nation’s most revered and priciest race programs and academies want to convey that financial support is available for those who need and deserve it.

“The greatest thing that concerns me is the people we don’t hear from who have determined that ski racing, or even skiing, is impossible for their kids,” says Green Mountain Valley School (GMVS) Alpine Director Steve Utter. “If you look at the landscape of who skis, even in ski towns, it’s a concern. There’s no doubt that this is expensive. Middle class families really struggle to make this work financially. Getting beyond that is a challenge, but once a family is in, we are built to support – in all facets – the competitive ski racer.”

Renowned ski academies like GMVS, Stratton Mountain School and Burke Mountain Academy cost between $50,000 and $70,000 a year, but all have robust financial aid assistance available.

In other words, to get the bulk of financial support, in addition to being well-rounded and academically proficient, the kid has to be fast. But to display any aptitude for speed in the first place for any hope of support by an academy program, to simply have the opportunity to race or even to ski, is limited to those who can afford it. Schools like GMVS are conducting outreach in elementary schools and offer more affordable club programs and opportunities for younger children through partnerships with Cochran’s Ski Area and other small ski hills outside of Boston.

In Colorado, Steamboat Springs Winter Sports Club (SSWSC) partners with local elementary schools and several other community entities to take second graders out of school a few days during the winter, bus them over to Howelsen Hill to ski, free of charge, some of them for the first time ever.

“Those programs are not to find the hidden race talent in our community, but more than that, find any dreams these kids might have,” says SSWSC Financial Director Amy Burkholder. “The dream might be to be an Olympian, but it could also just to ski on Mt. Werner. We live in Ski Town USA and everyone who lives here ought to be able to try it out. It’s difficult to get to a competitive alpine level, but to get to ski, at least to try it, should be something every local kid gets to do.”

Steamboat is also one of the only clubs in the nation that builds financial aid into its application process by offering EZ Scholarships – a 10 to 40 percent discount of the program rate – purely based on a family’s gross annual income. Burkholder said that it supplied about 1,000 scholarships to its athletes last season – EZ Scholarships plus a number of others based on both need and merit.

Steamboat has also worked through the years to build a strong working relationship with local schools, allowing its athletes to pursue a “normal” pubic school education while also working their way toward their ski racing dreams, even as travel schedules become demanding.

“A lot of our kids are in the public school, so fortunately, they don’t have extra costs for academics,” says SSWSC Associate Director Jon Nolting, who moved to Steamboat six years ago and who has direct experience with juggling public education with traveling to competitions since his own teenage children race for SSWSC at the FIS level while also attending Steamboat Springs High School.

“We’ve adopted the same academic standards as kids in school sports. If a skier is below a certain grade point average, they’re not allowed to compete until they get their grades up,” Nolting says. “We feel it’s important to keep kids on track. During finals, which in December is a time when some of our athletes are traveling for races, we have an agreement with the schools. We have a staff member go proctor the exams for athletes who can’t make it during finals week. That’s a way we pitch in, give extra support and are not forcing the schools to do extra.”

A school schedule with built-in time on the slopes

Then there are ski racing-inspired schools like Vail Ski and Snowboard Academy (VSSA) that are built from the ground up to “do extra.” The academy is a public school for fifth through 12th graders that designs its academic schedule expressly to work around the demands of its students’ training and travel schedules. Students attend school like most kids in America, from morning until afternoon from August through October. In November, however, the academic schedule changes. Classes run all day on Mondays and afternoons only (1 to 5 p.m.) Tuesday through Friday, allowing students to train on the slopes in the morning when the snow is optimal.

“Over any kind of traditional program, the most successful part of this is the schedule,” says VSSA Principal Wade Hill. “We are still an in-person school. We want kids in front of teachers.”

As VSSA students begin to travel for training and competition, they use Schoology learning management system, which allows them to file assignments, take tests and chat with teachers remotely.

While costs are minimal for VSSA’s academic programming, ski racers enrolled at VSSA must be full-time athletes at Ski & Snowboard Club Vail (SSCV), the program fees for which can run upwards of $20,000 per year at the elite level. SSCV also offers financial aid for up to 75 percent of program costs.

“That’s one of those big battles; SSCV wants to do what they can, but they only have so much,” Hill says. “Being a public school, our program is half the cost of GMVS or Burke because we don’t charge on the education side. It’s a small school with a small mission – let kids pursue that passion for skiing and make it more affordable for families.”

The cost of transplanting

About 25 to 30 percent of VSSA’s enrollment consists of kids from families who moved to the Vail area so their children could pursue their winter sports dreams.

While not nearly measuring up to Vail’s ratio of transplants, even clubs like the Buck Hill Ski Racing Team has a handful of athletes whose families have relocated to Minnesota so their kids could learn to race. In an effort to avoid interfering with school schedules, Buck Hill’s training happens exclusively in the evenings on weekdays. Program costs begin at $1850 per winter for U12 and go up to $2,650 for FIS-level racers, all of which can be supplemented by scholarships offered through Buck Hill’s nonprofit club. According to Buck Hill Program Director Jacob Olsen, it’s not the low cost of his race team’s programming that makes it alluring to prospective families, but the relatively low cost of living in the area.

“We’ve had a couple families over the years who have relocated to Minnesota to take advantage of our program,” Olsen said. “We have good schools and do our best to accommodate athletes staying in school for as much as they can by offering local camps and training.”

For families who live in the Midwest and more affordable areas throughout the U.S., the invariability of having to travel to larger race hills once their kids move up the ranks in the sport is the time when costs rise significantly.

The consensus among every type of ski club or integrated ski/academic program is that families could not only cut costs significantly by being more selective about their child’s travel, camps and out-of-town training and competitions, but could also cut down on the stress and potential academic pitfalls that might come with missing school.

“There should be ski racing financial advisors out there to help parents make decisions like, do I need to go to this camp? Do I need to go to this competition? Are these necessary expenses? Without that, a lot of people see what they’re missing more than the path that they can realistically afford that might not set them back at all,” Nolting said. “Their kid might be more hungry to race and it will work out just fine in the end. Hey, it’s expensive. There’s no way around it to the top, that’s true, but there are better ways to spend the money than others. A lot of people pursue a path that is much more expensive than another that could get them to the same place.”

About the Author: Shauna Farnell

A Colorado native, Shauna Farnell is a former editor at Ski Racing and former media correspondent for the International Ski Federation. Now a full-time freelance writer, her favorite subjects include adventure sports, travel, lifestyle and the human experience. Her work has appeared in The New York Times, ESPN, Lonely Planet and 5280 among other national and international publications. 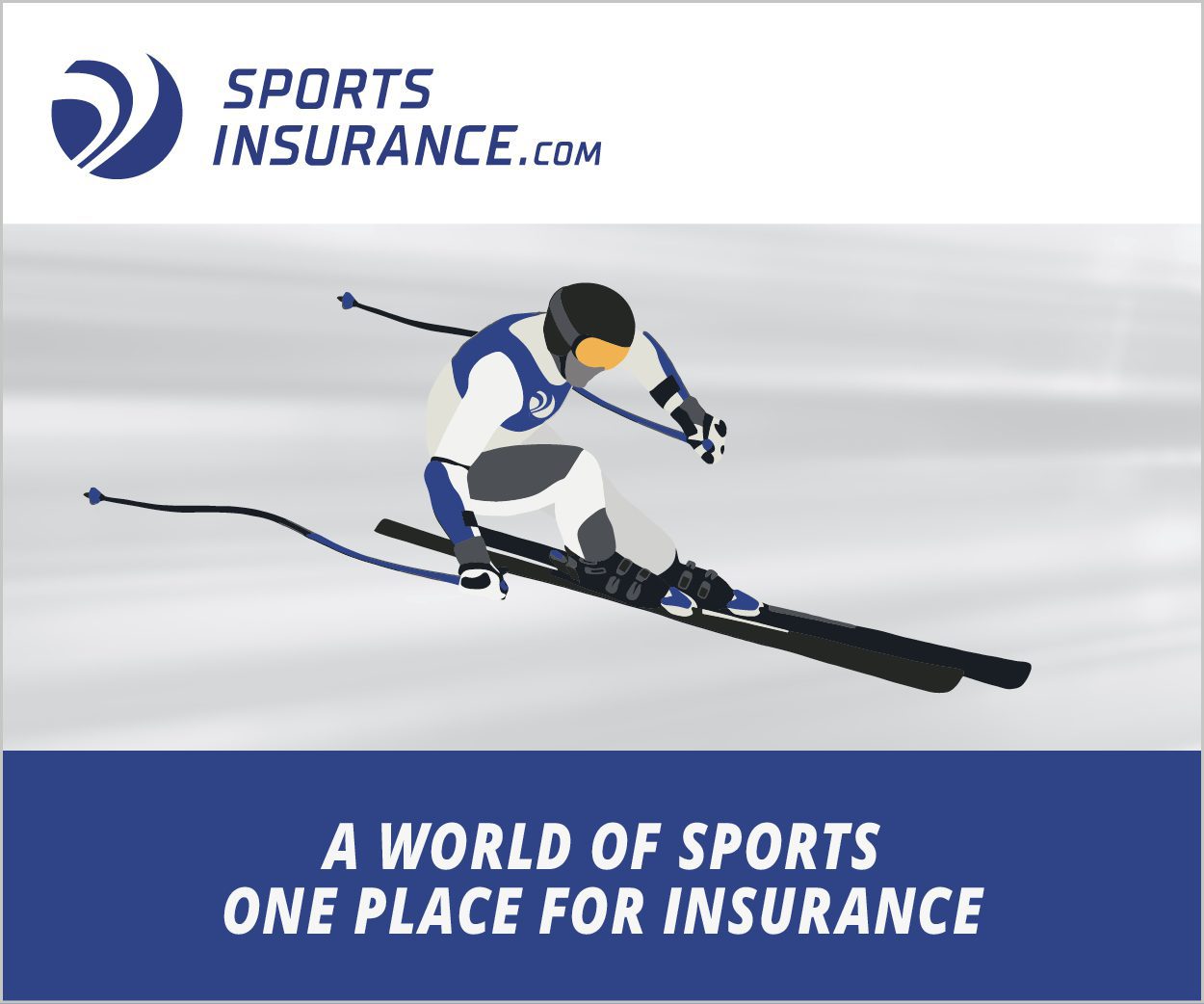