The 2015 overall World Cup champion and last year’s joint winner at the opening race of the season in Soelden, Austria, was forced to pull out of ski training on Tuesday due to persistent knee pain. Anna Fenninger was unable to complete yesterday’s training session with the rest of the Austrian technical team on the Pitztal glacier, where she is preparing for the first World Cup race of the season on Oct. 24.

Fenninger has been plagued by patellar tendon pain in the past and took to Facebook to assure fans that she is not injured but is taking precautionary measures nonetheless. 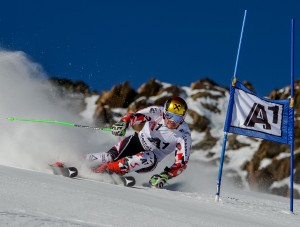 Meanwhile, the rest of the Austrian team is enjoying ideal training conditions in Pitztal as they gear up for the season opener less than a month away.

“We have the kind of conditions you normally have to fly around the world for,” said defending men’s overall World Cup winner Marcel Hirscher. “It’s perfect.”