Italian national team prospect Andrea Ballerin took the opening men’s NorAm race of the season at Snow King Resort in Jackson, Wyo. After clocking the fifth fastest first run, Ballerin scorched the field, setting the fastest second run and storming towards the win by an impressive 0.93 seconds over Norwegian and former University of Denver skier Espen Lysdahl in second and American Tim Kelley in third. 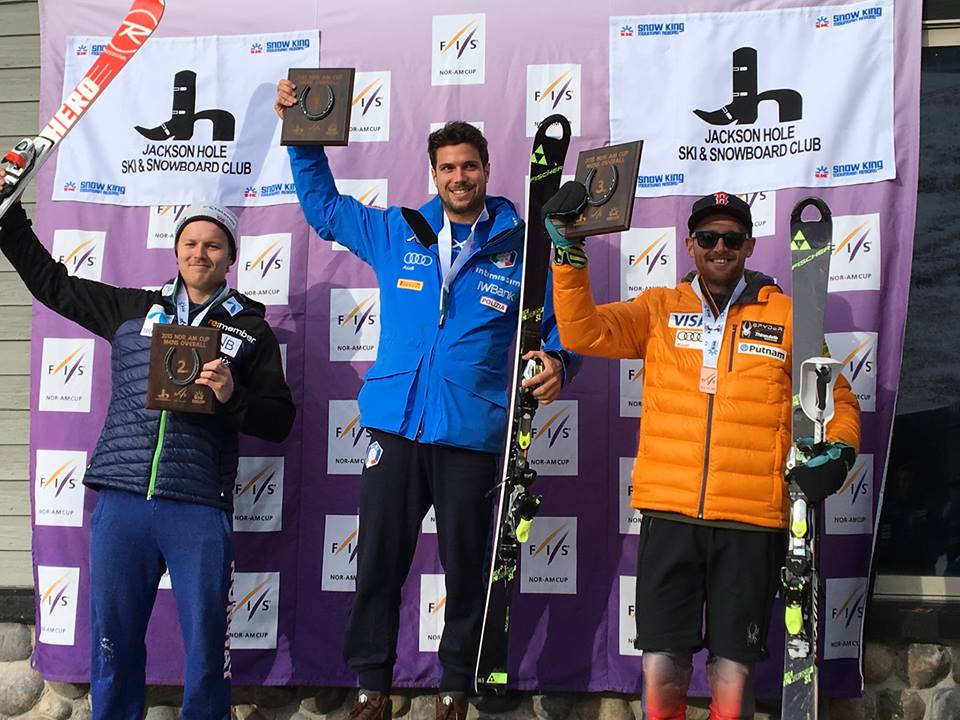 A slick surface, especially towards the finish, proved challenging for the field, with only 40 racers of the 97-man start list managing to complete both runs.

The top junior on the day was Ski Quebec Alpin’s William Bruneau-Bouchard who posted a career-best NorAm result finishing in 18th overall. The University of Denver and N-UNI team member Alex Leever and Australian Harry Laidlaw of Global Racing rounded out the junior podium in 22nd and 26th overall, respectively.

European competitors had a strong showing with Ballerin, Lysdahl, Roberto Nani, Giovanni Borsotti, and Krystof Kryzl all cracking the top 10. Former University of Vermont skier Jonathan Nordbotten of the Norwegian World Cup team was in third after the morning’s run, but he was unable to finish the second.

Independent American racer Robby Kelley was the second North American on the result sheet behind his older brother, as the younger Kelley cracked the top five with a fifth-place finish, setting the second fastest second run behind Ballerin in the process. On the comeback trail was Canadian national team athlete Phil Brown who landed in eighth coming off of hip surgery in the offseason. Also noteworthy was Philippe Rivet of the University of New Hampshire charging from the 45th start position to end up 11th overall, perhaps foreshadowing top-10 results to come this winter.

The men will race another NorAm slalom on Friday before traveling to Copper Mountain, Colo., for a pair of giant slaloms Nov. 30 and Dec. 1.