Home Topics Backshop Make the Most of Your Mount How to really set up your bindings for speed and stability

If you’ve been following Backshop this season, you’ve learned how to prep your new skis and boots. Now it’s time to set up your bindings.

At first glance, the binding’s a simple link that holds the boot to the ski. But for ski racers hitting high speeds, it becomes more complicated — we want that binding to hold us to the ski at all times unless we fall, and then we expect the binding to release. So it has to absorb all of the forces generated by speed and gravity, and has to let go when these forces become too great.

Meanwhile, modern plates and assorted shims underneath the binding now provided increased leverage over the ski edge, and the ability to fine tune the fore-aft balance.

So it’s critical that you follow the right steps in setting up your bindings for the season. Read these tips before watching the video at the end.

Lay out all of the binding pieces and screws and plates before you begin the mount.

The must-have tools include, but are not limited to: 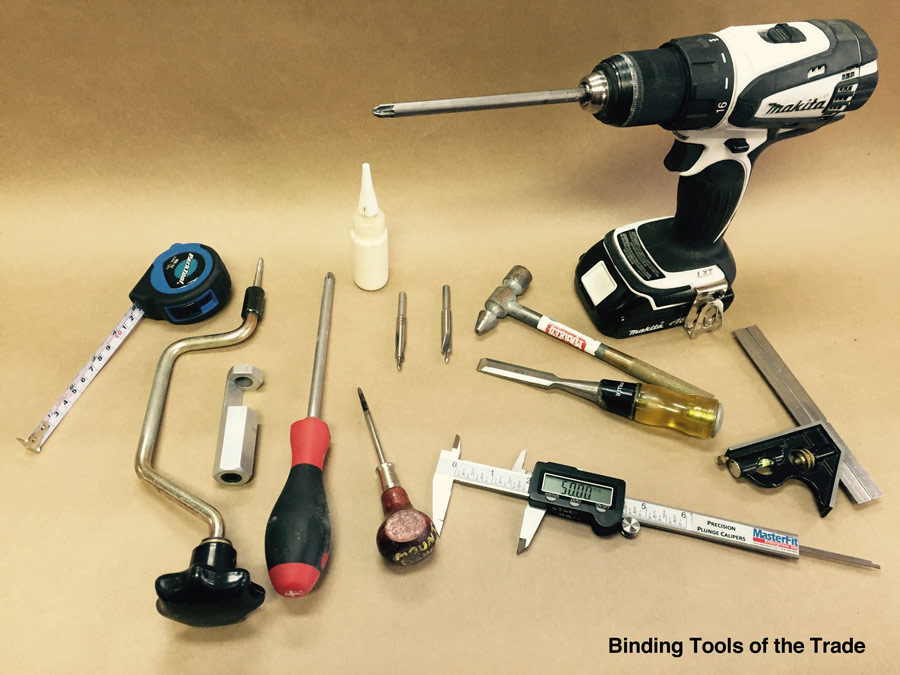 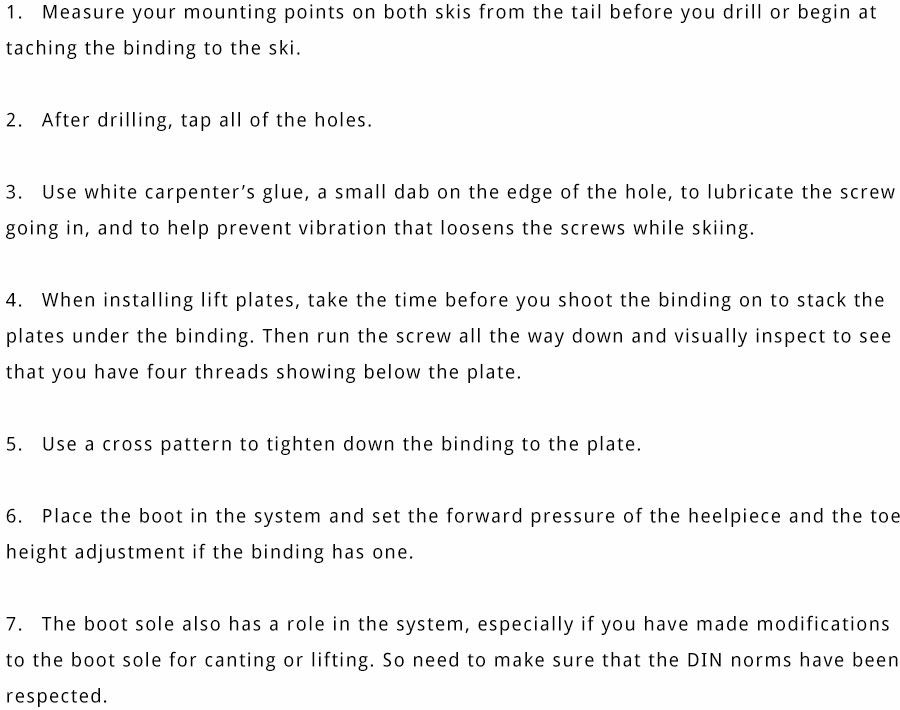 My Coach Told Me to Get High

Well, adding lifts between the ski and the binding does several things.

First, it helps meets the FIS/USSA guidelines for U16s and U19s of 50 mm as the maximum height that the bottom of the boot can be off the snow. It also creates more leverage and power on the edge of the ski, along with bigger angles by getting more clearance of the boot lower from the snow.

But binding lifts also get the ramp angle between the toe and the heel in the optimum position. For U16 and FIS athletes, fine-tuning this angle give your skiing a boost. (Younger skiers need not worry about this yet.)

The tricky part is finding the right ramp angle, because it varies from 0 mm to 3 mm. A small percentage of racers fall outside this range, but about 80 percent will be comfortable and powerful with a ramp angle between 0 and 3 mm.

Most of the ski and binding suppliers include the plastic lifts and the proper screws to match the changes — remember that regardless of the ramp angle that you decide to use, the height of either the toe or the heelpiece must remain below 50 mm. 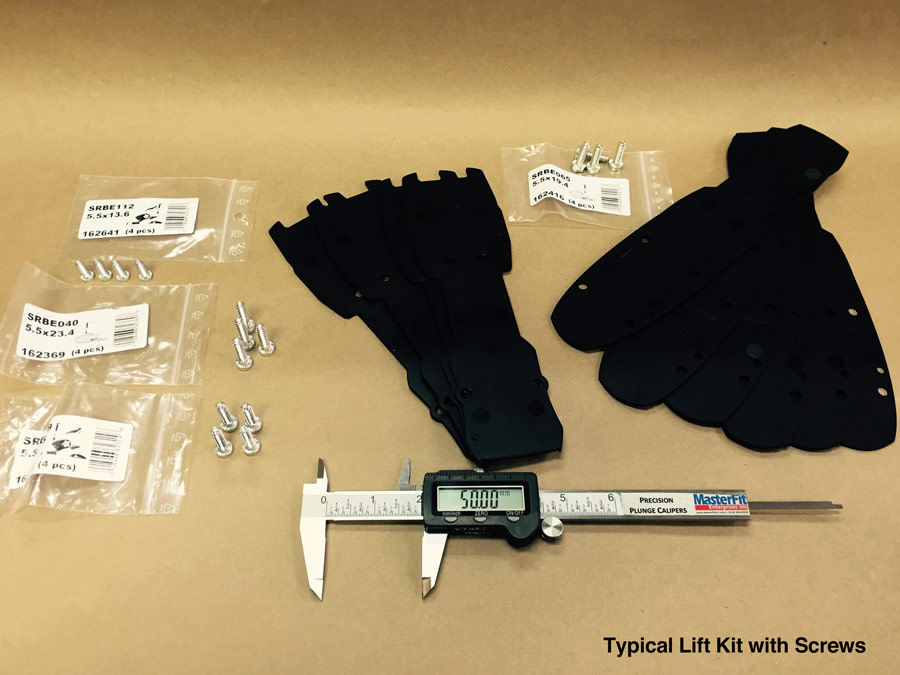 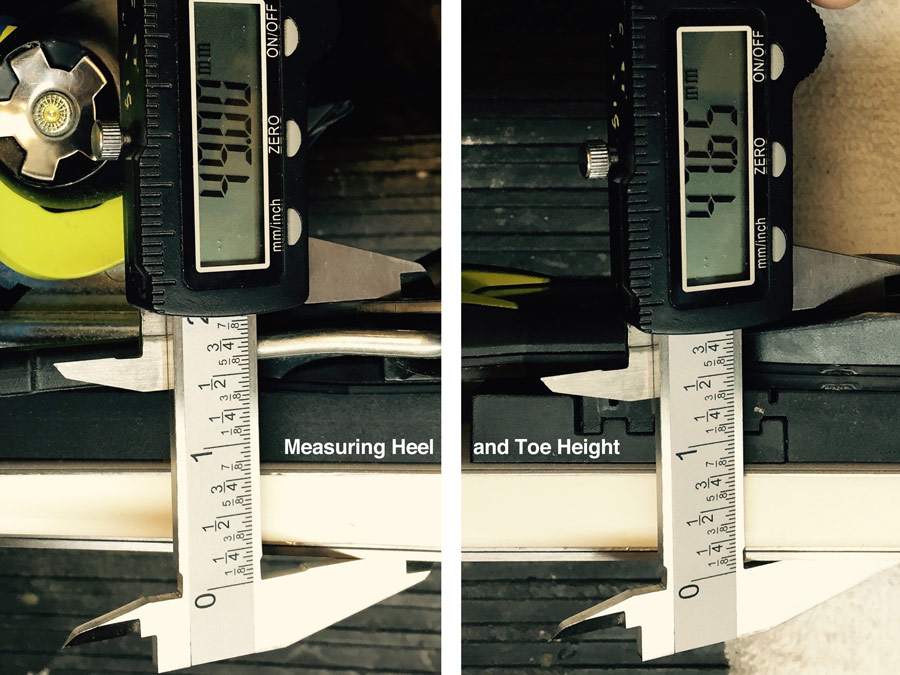 The Most Common Mounting Mistakes 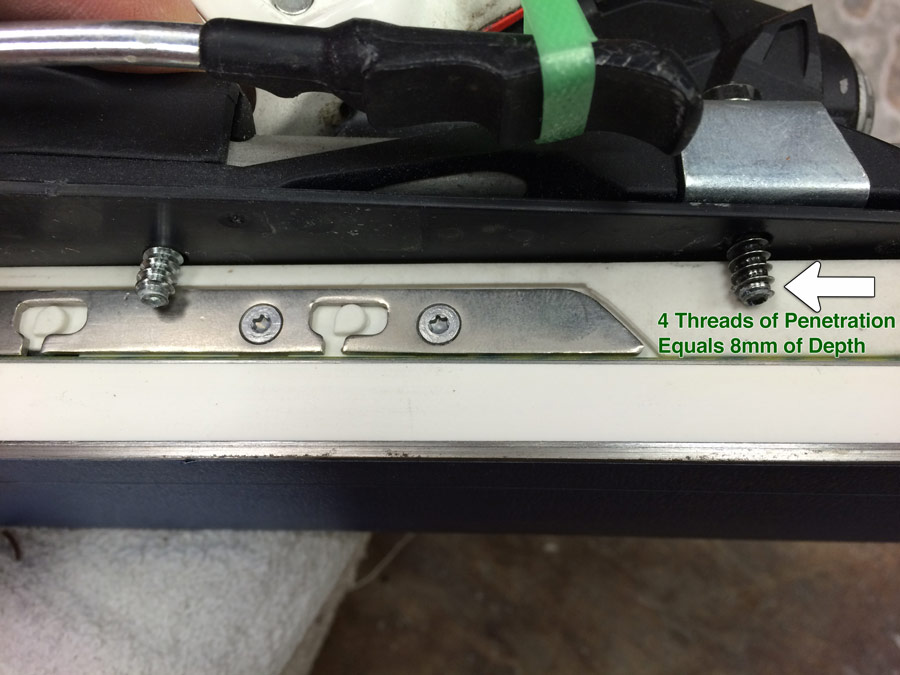 The Most Common Adjusting Mistakes 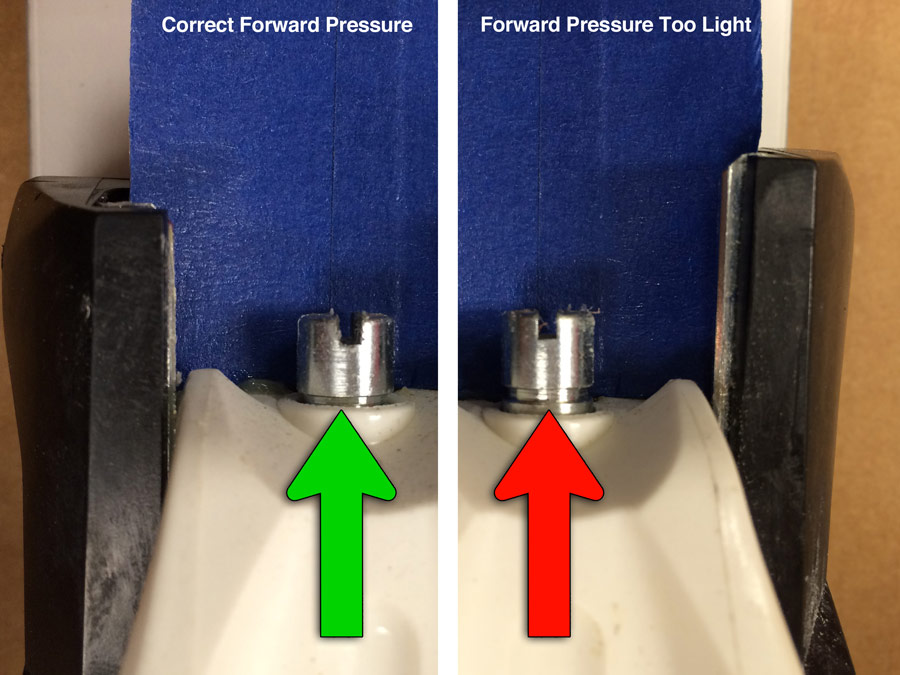