On Sunday, a group of U.S. Ski and Snowboard Association (USSA) athletes and staff donned some spandex and lined up for the fourth annual “Sufferfest” – an 8.8-mile road bike race up a grueling climb of narrow switchbacks and steep grades in Sundance, Utah.

The race that started four years ago by former strength and conditioning coordinator, Alex Moore, who now works with the Cleveland Cavaliers, has continued through his departure by Moore’s successor, Mike Bahn. Beginning at the entrance to Sundance Resort at the intersection of East Provo Canyon Road and Alpine Loop Scenic Byway, the climb gains close to 3,000 feet of elevation in the 8.8-mile trek to the top of the pass.

“They love this kind of motivation,” said Bahn. “It brings them all together in a competitive environment where everyone has a chance to win.”

That “chance to win” is put in place by handicaps. The official race winner is the one who crosses the finish line first — not the one with the fastest time. Each competitor is given a handicap based on two markers — their fastest time up Royal Street (a steep climb near Deer Valley Resort in Park City) and their most recent lactate threshold test on a stationary bike. The clock starts when the first group of riders begin and each individual’s time is based on the running clock. 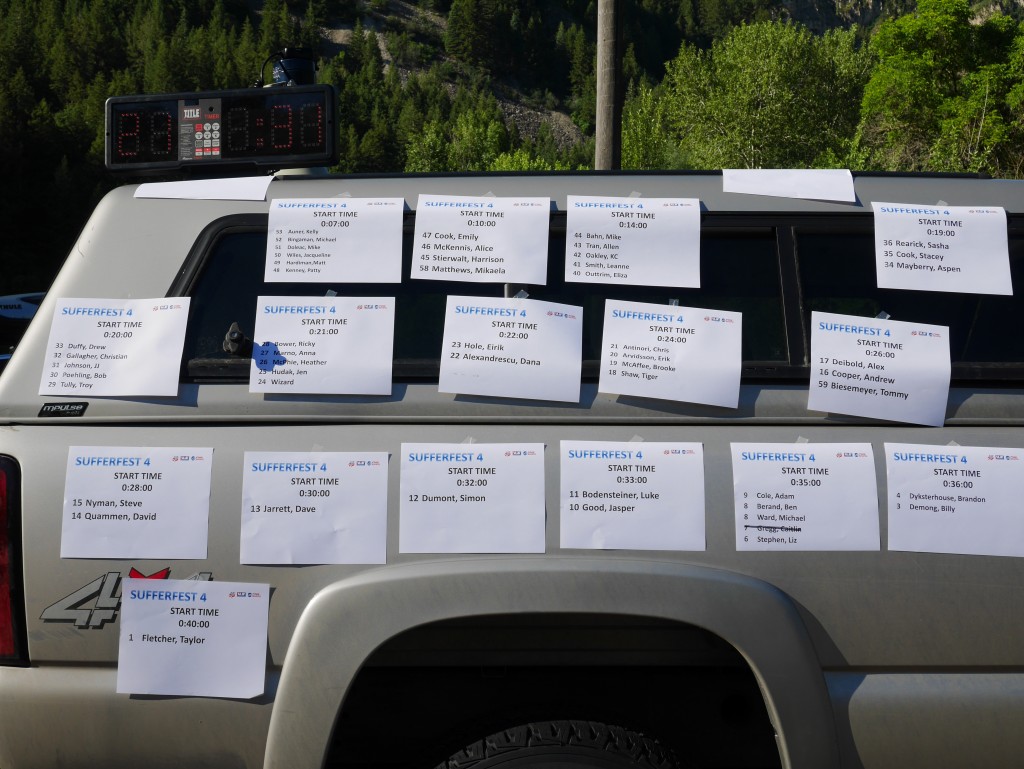 The last rider out of the gate, Nordic athlete Taylor Fletcher, started 40 minutes after the first group left the start. Although he finished with the fastest raw time on the day, he was unable to make-up all of his handicap. Retired moguls skier Eliza Outtrim came away with the victory, crossing the finish line one hour and 17 minutes after the the running clock started.

“I had a great time participating in Sufferfest this year. It’s always fun to head over to Sundance Resort and send an early morning riding with a big U.S. Ski Team group,” said Outtrim after her win. “It’s a great way to have some fun competition with not only other athletes from different sports, but also with the U.S. Ski Team staff.” 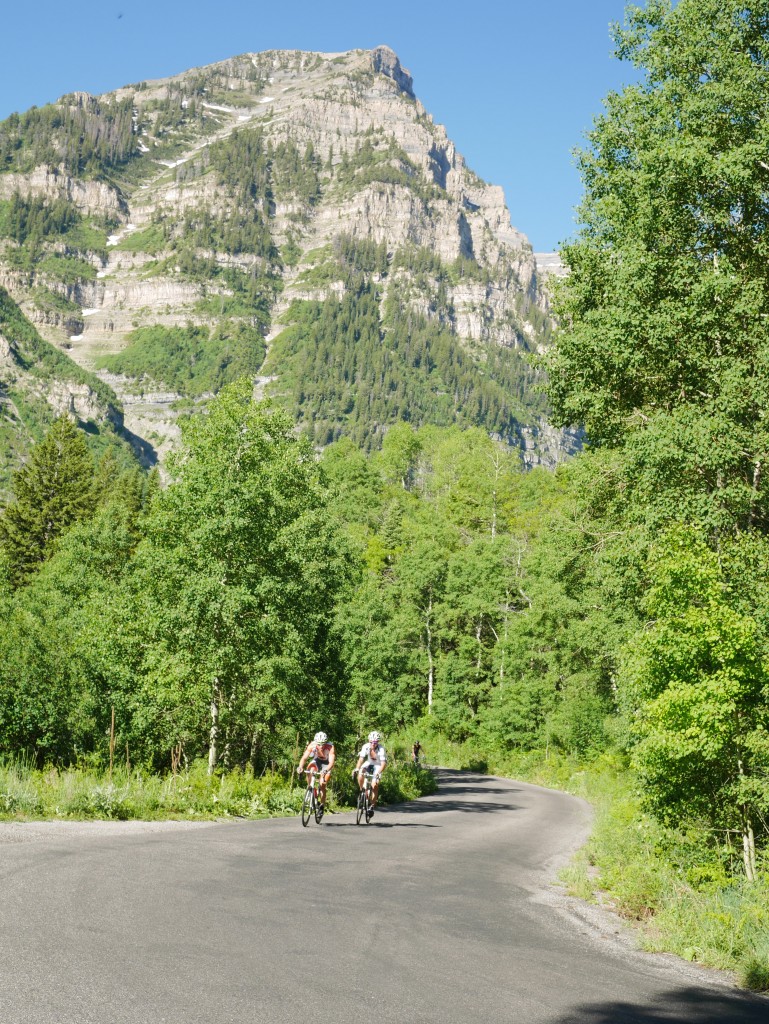 A king and queen of the mountain were also crowned for the first time. The honor went to those with the fastest times, start-to-finish. The male winner was Fletcher, who finished in 39 minutes and 25 seconds. Female Nordic team member Liz Stephen took the crown for the women, finishing in 47 minutes and 17 seconds.

Sundance native Steven Nyman helped orchestrate the inaugural event in 2012 and has taken part each year, finishing just off the podium in fifth overall on Sunday.

“It’s such a unique event where anyone can win,” said Nyman. “You really get to see what’s inside you when hammering up 3,000 feet in nine miles. A big thanks to Sundance for the support once again!” 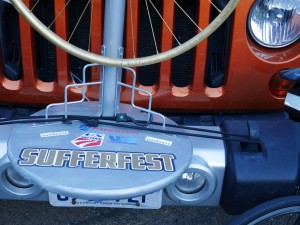