“We are excited for Forest to lead JHSSC to the next level,” said Rick Hunt, JHSSC board president. “Forest will bring strong leadership and vision to the Club’s programs coupled with a proven commitment to developing successful student athletes. Forest has been involved with skiing his entire life and has competed and coached at the highest levels. His incredible perspective and experience will build on the momentum the Club has created through its successful ‘Building Our Base’ campaign to ensure early-season skiing at Snow King. Forest believes strongly in the Club’s philosophy of inclusivity by offering both high quality grassroots and FIS level programs so that all of our local children have the opportunity and support to strive for their individual dreams.” 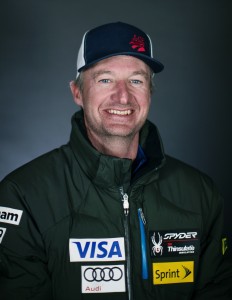 Carey will act in an advisory capacity for JHSSC as he completes his commitment to the U.S. Ski Team, where he currently serves as head men’s World Cup multi team coach. He will continue to coach star athletes Bode Miller and Ted Ligety through the end of the 2015-2016 season, who he has successfully lead to a combined five Olympic and four FIS Alpine World Championship medals since 2010. Carey will assume his new executive director responsibilities full-time in the spring of 2016.

Carey brings over 15 years of coaching, executive level planning, fundraising and marketing experience at all levels of the sport. Prior to his work with the U.S. Ski Team, he served as head coach for the Middlebury College NCAA Alpine Ski Team and also at Carrabassett Valley Academy in Maine. While coaching at Middlebury, Carey founded and raised over $400,000 for the Kelly Brush Foundation, a non-profit organization providing adaptive sports equipment to people living with paralysis and supporting ski clubs in their safety efforts.

Preceding his tenure at CVA, Carey was athletic director of the San Francisco Boys and Girls Club of America. He is a two-time recipient of the USSA International Coach of the Year Award (2015 and 2011) which recognizes individuals for their leadership, commitment, sport knowledge and passion, including proven ability to foster athletic excellence amongst their athletes and teams. Carey is a former member of the U.S. Ski Team, Junior National Champion, and a three-time NCAA All-American skier.

In addition to his extensive ski coaching and industry experience, Carey has strong ties to the Valley. He is the son of Wilson resident and former chief marketing officer of Jackson Hole Mountain Resort, Chip Carey. Forest’s sister, Rebecca Ritter, and her family are also Jackson Hole residents.

“I am humbled and honored to lead JHSSC, a club with such rich history and culture,” said Carey. “JHSSC has great positive momentum and I plan to use my coaching, fundraising, and leadership experience to build upon this momentum while continuing to provide high quality competitive snowsports experiences for the youth of Jackson Hole. I very much look forward to meeting and working collaboratively with all the constituents of the Club.”