INDIANAPOLIS – The NCAA Skiing Committee has announced the 74 men and 74 women selected to participate in the 2015 National Collegiate Men’s and Women’s Skiing Championships, to be held March 11-14 at the Olympic Center in Lake Placid, N.Y. The championships will be hosted by St. Lawrence and the Olympic Regional Development Authority.

Participants are selected on a regional basis from two designated regions for alpine skiing (EISA and RMISA) and three designated regions for Nordic skiing (Central, EISA, and RMISA). Bids are awarded to regions using a formula determined by the skiing committee. A maximum of 12 student-athletes (three per gender per discipline) may participate from an institution.

This year’s skiing championships will be webcast live on NCAA.com.

Release courtesy of the NCAA 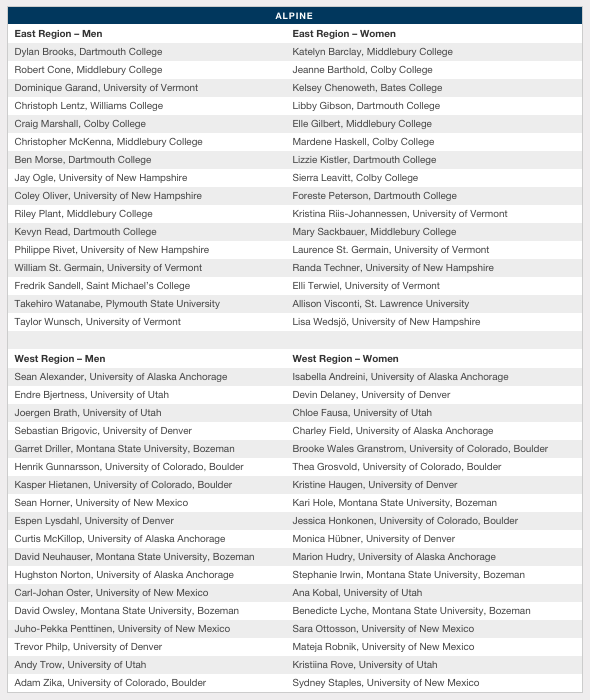 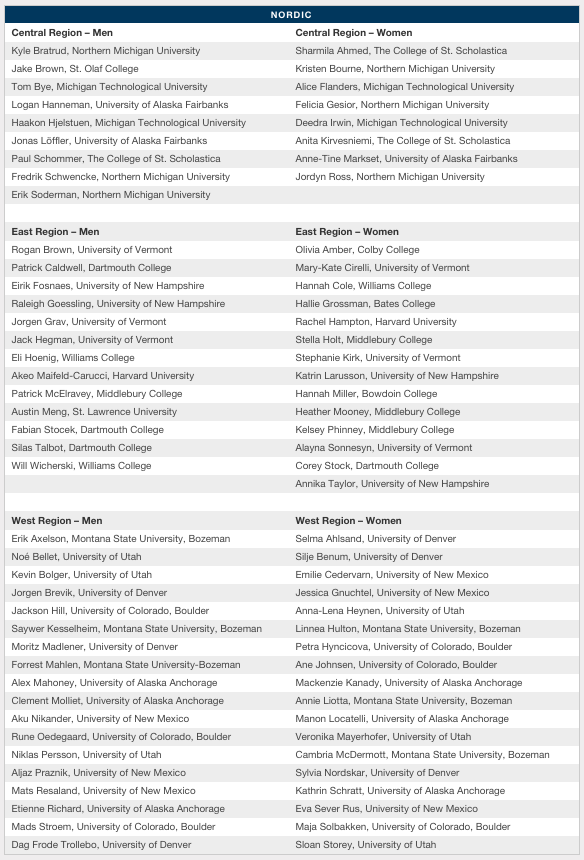