Are you wondering what equipment to buy or what races to you’ll be eligible to enter next season? Then look no further. Below are the alpine rule changes that go into effect for the 2015-16 season which may affect summer training, racing and equipment purchasing plans.

The changes are highlighted by one of the biggest new inclusions regarding age: an all-new U19 age group replacing the previous group of U18s, adding an extra year of eligibility to compete at what was formerly known as U18 and J2 Nationals (now U19 Alpine National Championships). 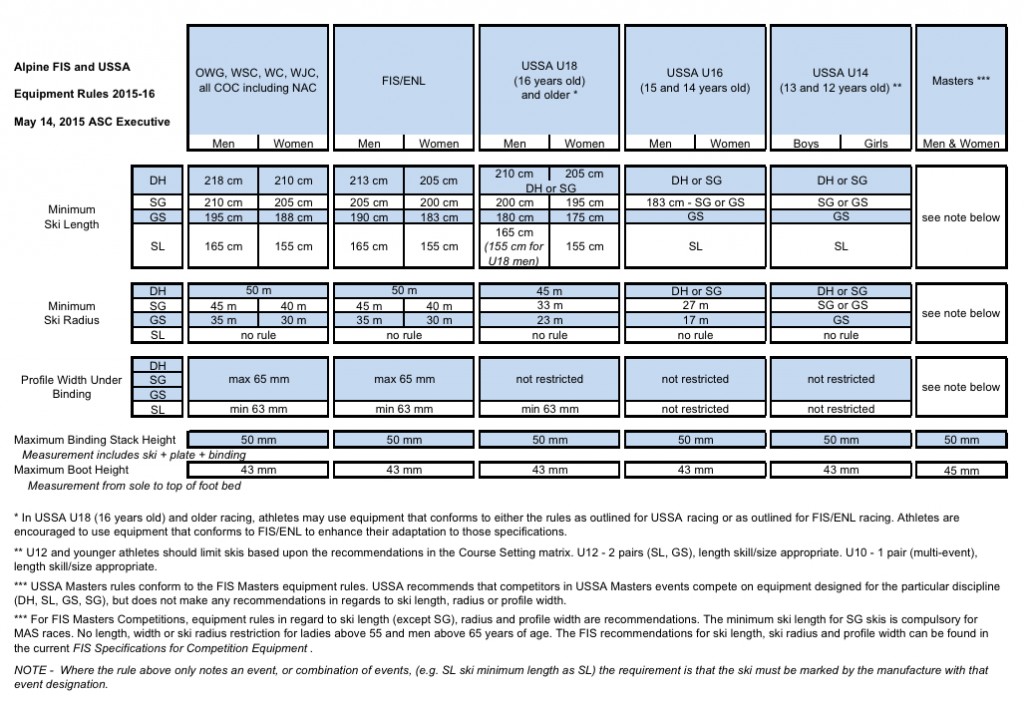 All rule changes are courtesy of USSA, updated on May 30