Dwyer arrives in Hanover after serving at the prestigious Burke Mountain Academy for the past six years as the Women’s FIS Alpine Coach. A U.S. Ski and Snowboard Association (USSA) Level 200 certified coach, Dwyer coached female students in all levels of FIS, USSA and Carnival racing, specializing in individual athlete management to help skiers race at their peak for the biggest regional, national and international events. 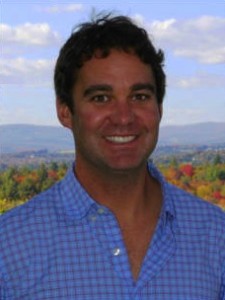 “I am really looking forward to carrying on Dartmouth’s tradition of excellence as the Anny Jenny Head Coach of Women’s Alpine,” said Dwyer. “The team has such a rich history, and I plan to uphold the standards of Dartmouth while continuing to develop great student-athletes.”

During his time at Burke Mountain Academy, Dwyer also traveled for professional development with the U.S. World Cup teams (men in 2012, women in 2014) during their preparation for the season opener in Soelden, Austria. He also helped coach Mikaela Shiffrin to a bronze medal at the 2010 World Junior Championships.

From 2000-2009, Dwyer was employed at Dynastar/Lange USA, steadily working his way up to become race manager which involved dealing closely with junior programs across the country as well as U.S. Ski Team athletes. He has a strong technical background in equipment and history of coaching upper-level athletes.

“We are absolutely thrilled to have someone join our skiing coaching staff with John’s technical background and success with highly motivated athletes,” Sheehy said. “We have no doubt that he can help maintain Dartmouth’s standing as the premier college in the country for competing nationally on the slopes while receiving a first-class education.”

A 1998 graduate of Johnson State College in Johnson, Vt., Dwyer was a co-captain of the lacrosse team that twice won the Mayflower Athletic Conference crown.

Dwyer replaces Chip Knight who accepted a development role with USSA in April.